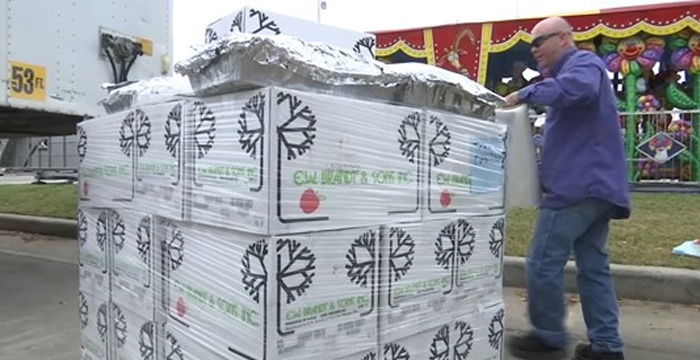 At Houston, Texas, the carnival venders at the Rodeo decided to donate the left over food that amounted to several thousand dollars due to the cancellation of the sudden decision to cancel the event. the generous decision was made to be done to the Houston Food Bank. This was indeed a historic event in the near past and there had been no such huge donation in the recent past in the history of Texas or any state for that matter.

The food had been prepared for the anticipated huge crowds at the event, and they decided to donate all the food to the bank in order to serve the poor in the community.

Palmieri said that the donations include tens and thousands of dollars worth of items including bread, produce, dairy and meats.

He said that they really thought it was going to help the community to be able to use it in a much more needed time than to have it sitting in a frozen warehouse.

The food thus donated will bring relief to many of the deprived families from the community and help them to feed on the fresh food that will be readily available to them through the charitable organizations throughout the state.

GREAT NEWS! ? The carnival food vendors at @RODEOHOUSTON decided to donate what they didn’t use to @HoustonFoodBank! We love to see this kind acts during these uncertain times. @rcsfun #abc13 #hounews pic.twitter.com/RWl7nf0Y35

How many school going children will be benefitted from the donation and will be able to feed on the nutritious food from the donations. It was really a noble idea by the administrators of the event that enabled the vendors to take part in the huge donation campaign and bring a great relief to the community.