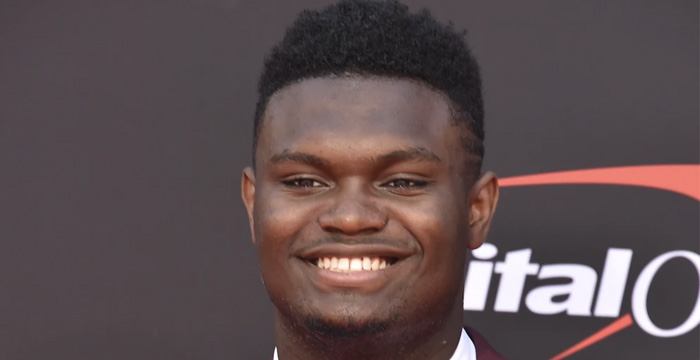 Add New Orleans Pelicans rookie Zion Williamson to the list of players who are helping those who work at NBA arenas while the league is suspended because of concerns about the COVID-19 pandemic. Williamson announced on Instagram he will cover the salaries of Smoothie King Center workers for 30 days.

“The people of New Orleans have been incredibly welcoming and supportive since I was Drafted by the Pels last June, and some of the most special people I have met are those who work at smoothie King Center. These are the folks who make our games possible, creating the perfect environment for our fans and everyone involved in the organization.

Unfortunately, many of them are still recovering from long term challenges created by Katrina, and now face the economic impact of the postponement of games because of the virus.

My mother has always set an example for me about being respectful for others and being grateful for what we have, and so today I am pledging to cover the salaries for all of those Smoothie King Center workers for the next 30 days.

This is a small way for me to express my support and appreciation for these wonderful people who have been so great to me and my teammates and hopefully we can all join together to relieve some of the stress and hardship caused by this national health calamity.

This is an incredibly resilient city full of some of the most resilient people, but sometimes providing a little extra assistance can make things a little easier for the community.”

The Pelicans responded to Williamson’s actions: Williamson’s offer is similar to those from a number of notable players around the league. Milwaukee Bucks star Giannis Antetokounmpo tweeted he and his family will donate $100,000 to those who work at Fiserv Forum, while Cleveland Cavaliers forward Kevin Love said on Instagram he was doing the same for those who work at Rocket Mortgage FieldHouse.

In hockey, Florida Panthers goaltender Sergei Bobrovsky donated $100,000 to workers at BB&T Center, per George Richards of The Athletic.

It’s bigger than basketball! And during this tough time I want to help the people that make my life, my family’s lives and my teammates lives easier. Me and my family pledge to donate $100,000 to the Fiserv Forum staff. We can get through this together! ??

Bobrovsky’s teammates matched the donation, while the team’s ownership is helping as well. Williamson pointed to the support he has received from the people of New Orleans in his message. He has become a sensation for Pelicans fans since they selected him No. 1 overall in the 2019 NBA draft. He is averaging 23.6 points and 6.8 rebounds per game

And has quickly become a fan favorite with his ability to sky through the air for head turning dunks even as a 19 year old with just 19 games on his NBA resume. This gesture will only further cement Williamson’s status as a favorite in the New Orleans area.

This Article Was First Published On bleacherreport.com