Woman Takes 11 Plates Of Food To Park, Left In Tears After Meeting Crying Mother: ‘I Know God Is Real’ – Video 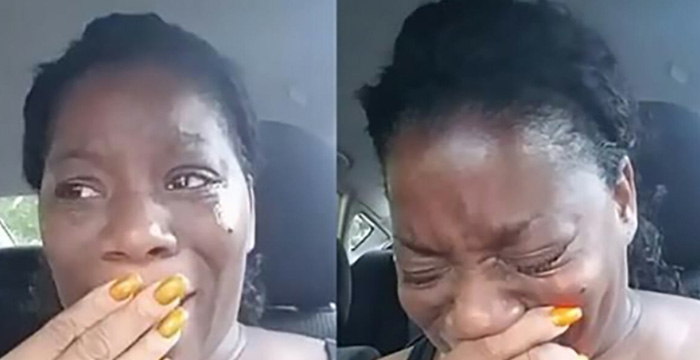 They do say that God moves in mysterious ways but in this particular instance a woman was moved to tears. She shared her emotional experience in a video on social media, which has since been watched by more than half a million people. It all began in her kitchen in Birmingham, Alabama, where she cooked a meal and decided to share it with needy people. She then ended up in tears as the events of the evening unfolded.

Kim Colvin found herself craving a home-cooked meal. But since her boys had all grown up and left home, she struggled to cook food for just herself. She was craving beef so prepared some along with vegetables, mac and cheese and cornbread. Not usually having the time to cook such a delicious meal she made a feast and had plenty of leftovers. Looking at all the food she prepared something told her not to throw her leftovers aside, she says in the video.

She had 11 full plates of warm, hearty deliciousness, just waiting to be shared. She decided to take the food to a park where she knew homeless people were and gave one man a plate of hot food. Then she spotted a mother with her head bent and three children around her. A small girl noticed Kim and touched her mother’s back so she would look up. Her prayers were answered When the woman saw Kim standing there with hot plates of food she started crying.

She said her and her three kids were homeless and she had been praying that God would provide some food for her kids. The mother br-oke down at seeing an immediate answer to her desperate prayer. It’s so horrifying to think of a mother and her three children homeless and praying for food, something we all take for granted. Kim is an angel for sharing her food with them. She is such an inspiration.

Alicia – Wow, Kim! Your listening allowed you to be a blessing. God has blessed you with talent and a giving heart. Continue to do what you do and more blessings will follow!

Ursala Johnson – Girl I done cried and cried! Because I know that exactly how Our God works! Through each other! This was such a Blessing!

Pattie – Continue to be about our father’s business. Your obedience answered a mother’s prayer.

Eric Miller – Don’t stop Kim God used you too be a blessing to someone else and inspire others to do the same!

This Article Was First Published on opoja.net