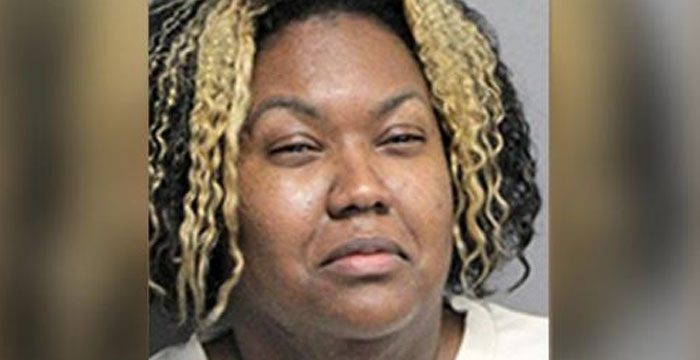 Imagine waking up a millionaire when the night before, you were not. What would you do if you noticed that a massive lump sum of money had been deposited into your account that you were not expecting? Would you attempt to find out where the source of the funds came from and return them? Or instead, would you take the money and run, considering the potential consequences? This happened to a woman by the name of Kelyn Spadoni, and she’s suffering the consequences.

Thirty-three-year-old Kelyn Spadoni of Harvey, Louisiana, had been working as a Jefferson Parish Sheriff’s Office’s 911 dispatcher when on February 23, she received a deposit of $1.2 million in her brokerage account. The money was acci-dentally deposited by Charles Schwab & Co, with whom she had opened an account in January. Instead of doing the right thing and returning the money to Schwab, reports say according to authorities, Spadoni immediately transferred the money to another account. She then reportedly took some of the money and used it to buy a brand new 2021 Hyundai Genesis SUV, and a house.

The company attempted to retrieve the funds from Spadoni but she’s charge of leaving all of their messages on read and not answering their calls. They originally intended to transfer $82.56 into her Fidelity Brokerage Services account, but court records show that they instead sent her $1,205,619. Schwab and Co swiftly tried to reclaim their money but was unsuccessful. After their attempt to retrieve the funds was rejected with a “CASH NOT AVAILABLE” notification, they realized the money had already been transferred by Spadoni. A spokesperson for the Sherrif’s office, Capt. Jason Rivarde shared of the accounting error, “She has no legal claim to that money. Even if it was put in there by mistake.”

According to a case filed by Schwab in federal court, within the account contract that the company has with Spadoni, there is an agreement that implicitly states that if by chance overpayment would happen, she is responsible to return the funds immediately. “By her conduct, Spadoni has made it clear she does not intend to return the mistakenly transferred funds to Schwab,” the case reads. Rivarde further stated, “If someone acci-dentally puts an extra zero on a utility payment, they would want that money returned or credited to them. This is no different.”

Fox local news in New Orleans reports that Spadoni has been detain and is currently being held at the Jefferson Parish Correctional Center. She has also been dismiss after being booked with theft valued at over $25,000, bank fraud, and illegal transmission of monetary funds, according to NOLA.com. Her bail is set at $50,000.

Devils Reject – I would have bought bitcoin in lots of small transactions. Then cashed out and buy someones identity.

Oldgysgt – This “defense” attorney is full of it. This is not the first time this kind of error has occurred, and every time the person tried to “take the money and run”, they were found guilty of theft. Why doesn’t the defense attorney know this? He does, but he is being paid to put up a counter case for the defendant. Just more fake news.

l No Nonsense l– – This happened to me before on a much smaller scale, immediately notified them and they were pretty nonchalant about it. You’d think they would at least be a little thankful…

jimmy Conway – Possession is nine-tenths of the law is an expression meaning that ownership is easier to maintain if one has possession of something, or difficult to enforce if one does not