Woman Makes £7,500 A Month Selling Photos And Videos Of Her Feet To Strangers 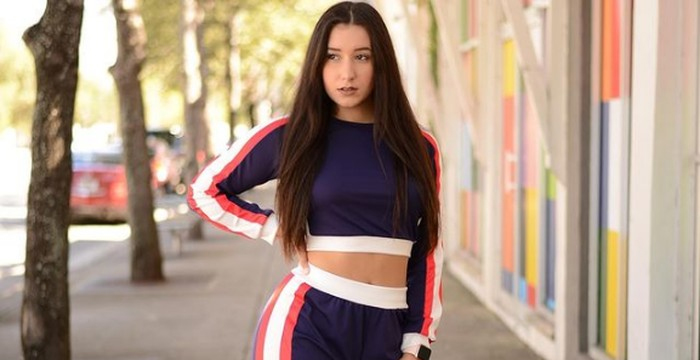 A woman says she makes $10,000 (£7,582) a month selling photos and videos of her feet to strangers. Desiree Gato, 22, is a real estate agent from Miami, Florida, but has an unusual side hustle showing off her feet to people online.

She was making a living selling property when she decided to make a bit of extra cash, starting out by doing saucy snaps and sharing them on her Instagram account @desygato, where she now has 1.1 million followers.

Gato then made the move to Fans, but found people were focusing on her feet, with fans offering big money to satisfy. She said: “One day this guy slid into my DMs ad offered me $300 (£227) for 10 pictures of my feet, with no private parts or my face showing. “I just couldn’t say no to that.

He became a regular. “He even referred other men to me who paid me the same, if not more, for similar photos.” Having built a steady of clients, Gato started to get an idea for what a typical foot fetishist is after. She said: “Some people like to see your pedicure, some like to see your feet.

“Some go on Amazon and buy me socks they want to see on my feet. Some want your feet showing in the same photo – those are obviously more expensive. Believe it or not, most of my feet lovers don’t care for other thing.

They ask me to put on pose with my feet.” Revealing how much she’s able to charge, Gato continued: “My feet pics have always been expensive because of the requests I get.

“Feet videos consist of me massaging my own feet with lotion and showing off my pedicure, or maybe putting on heels and taking them off – that’s a huge.

“Those videos are $100 (£75) per minute.”She’s able to rake in even more for requests, although sometimes Gato has to turn down some of her more, ahem, outlandish fans. “Someone asked me to spit on my feet – and I definitely did not!” she said. “I was once offered $500 (£379) for a really risqué video of me, “People like what they like, and I respect it – but I don’t indulge in everything.

“It’s the easiest money you will ever make in your life. And anybody who disagrees is a hater.” While Gato is used to the world of foot, she admits she’s not really sure what makes people so fascinated by feet. She said: “I don’t really understand – and I do ask them!

“Most of my guys say they just love the shape of feet. “I am not into foot myself but I have come to understand it and I’ve been way less judgmental about it now than I was in the future. “Mostly because I’ve met real people in real life with foot and I realised a lot of them are about it. “It makes me feel sorry for them. I had my ex trying to my toes and it never turned me on but I didn’t mind it because I knew it made him excited.”

Gato’s partner Mike, 42, doesn’t have a foot himself, but does help out as her official foot photographer. Gato added: “He doesn’t understand it, but he doesn’t complain because we go on luxurious vacations with the money. “And we’re buying our first home together this year.”

Ali Azarmi – I’m sure even she can’t help me sell pictures of my feet to strangers, friends or family.

Trudi Henstock – Judging by her pics I’m sure she is showing more than her feet!!! However good luck to her

Sharon West – If I sent people a picture of my feet, they would pay me not to sent anymore, I have feet

Liana Luther – So the report shows full body pics, the cheap pics that no one wants. No actual pictures of her feet though how nice are these feet? Are they that expensive?

Mark ‘Pidge’ Hodgson – If it’s stupid but it works, it’s not stupid. Let those people want her feet pics. It’s their money they’re being parted with. She reaps the rewards. All power to her

Erik Tóth – We living in a world where people buying each other’s bath water. Im not surprised

This Article Was First Published on ladbible.com