Woman Honours Hubby Who Accepted Her With 4 Kids, Family Disowned Him 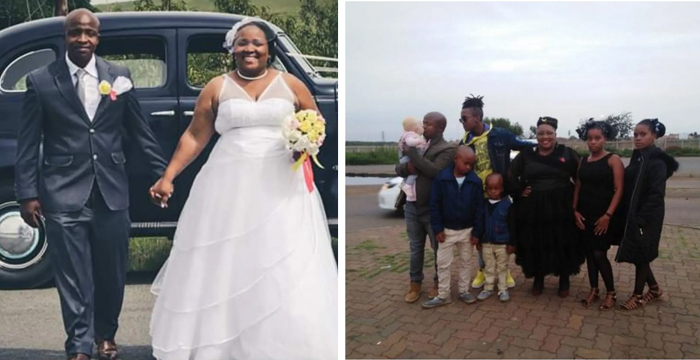 Awoman took to Twitter to pay tribute to the incredible man in her life while sharing the journey they have been together. Twitter user Soaedi Dinah revealed that she already had four children by the time she met her husband. Despite the challenges, he accepted her and the four kids, even though his family did not approve.

According to Dinah, her husband’s family disowned him, but he still proceeded to marry the woman of his dreams. The couple now has six children together and the families have since made peace. The grateful woman revealed that they’ve been together for 11 years now and are even stronger than ever before.

“He married me with four kids crazy right? His family disowned him, six kids later, his family accepted us, 11 years we are stronger than ever,” she wrote. “I found my love with so many wrongs, but something said he is the one. God gives the one who needs fixing. I had my own scars. We needed each other. The perfect person exists not. 80/20 rule works,” she added. His family disowned him, but he still proceeded to marry the woman of his dreams.

Felicia Bunaya – Most of the people who are saying never or love portion have also rejected their own children bt are quick to judge. Big up to tht man God wil bless him. We dont even know the circumstances of those people bt quick to judge them.

Alexander Melaye – If the father or fathers of the kids are still alive, He will know no peace again. He has carried a huge burden on himself. It not easy to be a stepfather to one child, how much more 4. The woman might accept him, what if the kids dont. They can make his life miserable and cause confusion between jimself and hos wife. Wisdom must be seperated from love.

Stephen S Koka – There is nothing wrong to marry someone with kids, we don’t know what happened. U may find out that those kids are from the same father and he has passed away, stop judging others. He stepped in he’s is a good man

Christopher Chetsanga – What a husband needs from his wife ,respect and trust only ,and a wife who is humble to him ,a wife who is creative ,for their marriage growth and properties ,a lady who safeguard her husband wealth, that will be done

Mary Januk – Kids r a gift from God.. N who r we to judge if this man has accepted these kids.. He must be some special man.. N he must be credit that is due to him.. I would happy to adopt anyone children as my own.

This Article Was First Published on weddingdigestnaija.com