Why Kobe Bryant Gave Vanessa The Dress from ‘The Notebook’ – Video 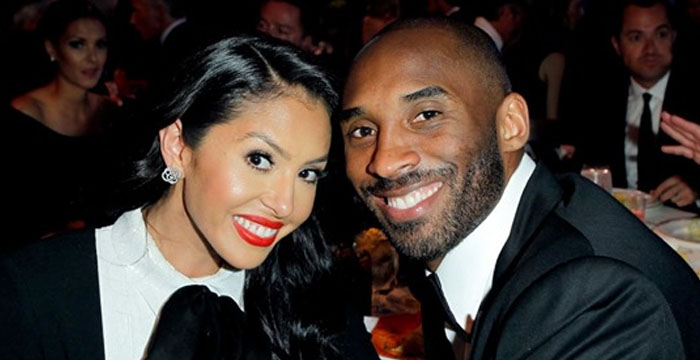 “The Notebook” costume designer Karyn Wagner said she was “bawling” when Vanessa Bryant mentioned her work at Kobe’s memorial service on Monday. During her emotional speech, the late NBA legend’s wife spoke about one of the sweetest gifts her husband — who loss their life in a helicopter crash on Jan. 26 along with the couple’s daughter Gianna and seven others — ever gave her.

“He was truly the romantic one in our relationship,” Bryant, 37, revealed. “He gifted me the actual notebook and the blue dress Rachel McAdams wore in ‘The Notebook’ movie.” Wagner later told The Hollywood Reporter she “had zero idea” the Bryants were in possession of the special piece she created for the 2004 Nick Cassavetes film. “I started bawling. I’m still drying the tears off my face. What a beautiful eulogy,” the costume designer said.

“I’m so honored that I was able to contribute in some small way to the history of this amazing man.” During her moving tribute on Monday, Bryant shared the special reason why Kobe gifted her the iconic garment. “When I asked him why he chose the blue dress, he said it was because it was the scene when Allie comes back to Noah. We had hoped to grow old together like the movie,” the widow shared.

As for Wagner’s own inspiration behind Allie’s costume? “I knew it was going to be one of the tentpoles, if you will, of the film,” she told THR. “I spent some time drawing what I thought both reflected the era and reflected who [Allie] is supposed to become and the woman she wants to be, which were in direct conflict.” “We wanted to communicate with [the] audience why she woke up that morning and picked out that blue dress,” Wagner continued.

“She wants to say something to him. The color of that dress is about hope. It’s not a very ornate dress. It’s got just enough detail to make it interesting … it’s a classic dress but it says a lot about her and her hopes for this day.” Wagner also took to Instagram to repost Bryant’s pic of the thoughtful present from years ago. “My whole heart goes out to you for your loss,” the designer wrote. “I am so honored that my art has given you joy. May you heal in kindness and support from your friends and family surrounded warmth and blessings.”

This Article Was First Published on pagesix.com