Why Do People Cheat? 10 Scientific Facts 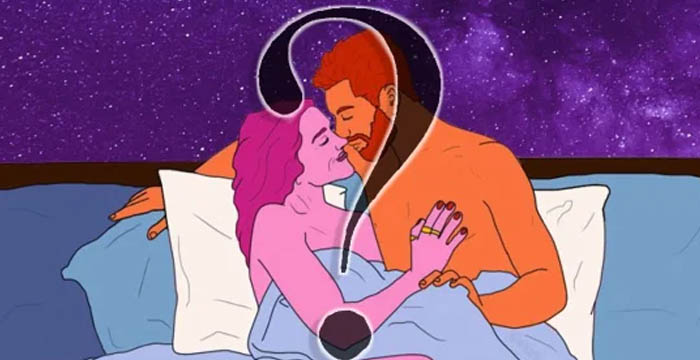 Last year, in 2015, a massive data leak on the adulterous website Ashley Madison revealed the names and personal details of thousands of people cheating on their spouses. This caused many people to think twice about what was going on when they weren’t around their significant other.

This leak also forced research studies and scientists to fully explore cheating and why people cheat during their relationships. Cheating is probably one of the most significant reasons why a couple ends their relationship, and it is also the main plot line for so many romantic movies. Here are ten scientific facts as to why people romantically cheat.

Every person has differences within their “happy hormone,” which will affect their likelihood to cheat on their significant other or not. Dopamine floods into our system when we have relation with new people, which causes intense feelings of reward in most people.

Believe it or not, only 3 percent of mammals are actually monogamous – humans are within that group, for the most part. Most species of primates, for example, do not remain with the same partner for life.

This has been known to cause excessive cheating or sleeping around.

Recent studies have revealed that monogamy evolved within primates because of infanticide, where foreign males would finish the infants and take the females. Infanticide is rare these days, and people are more likely to remain with their partner in a single pair.

It is safe to say that many hormones within the body cause cheating to occur. The hormone released during cuddle, for example, helps us form a bond with our significant other. People with lower levels of this hormone are more likely to seek it from other partners.

Men with a deep voice are more likely to be charge of cheating by their women. Similarly, men who are dating a women with a high-pitched voice tend to feel they are cheating. Of course, they may not be at all.

According to studies, women who are ovulating tend to cheat more often than women who are not. Ovulation means they are highly fertile, which causes attraction to other men besides the partner.

Dill Pickle – C-heating is one of the most intractable and odious things you can do to someone you say you love.

J – I haven’t c-heated on anyone! ? …but only because I haven’t been in any relationships…forever alone So, I still haven’t c-heated and hopefully won’t ever cheat on anyone but I’ve been through 2 relationships. One of which ended cleanly. And, after moving on, I’m now in a happy relationship with my current boyfriend and, hopefully, future husband. Everyone will find someone eventually. But a tip for all of you here, don’t be afraid to make the first move. You might get rejected, but it’ll pass. And it’s worth it for that small chance of being successful. Trust me. Also, I was 17 when I wrote this. Didn’t realize the implication of the text. So tip for everyone, DON’T CHEAT. EVER. And make sure both parties get a one-on-one talk with what cheating actually is for them. Cause some people think messaging others isn’t cheating while some do. Communication is always key. ((Still tho, physically, emotionally, mentally, and any other form of che-ating is no good.

Ryo Sakazaki – We are adults and we need to take responsibilities for our actions. Anyone who justifies is just looking for an excuse just to do something bad. People are in nature so if I feel like someone then should I? What if someone me off and I feel like I want to finish them should I? No. I had days that I wanted to hit or strangle someone at my job especially during the busy season. But just because we feel like doing something bad doesn’t mean we should. Its called self control and no one is to blame but themselves. Grow up people cheating is a choice. We aren’t kids anymore.

Alice x Hearts – I don’t care about egg or genes, che-ating is always wrong and if you feel the need on your significant other then you need to reconsider the relationship.

This Article Was First Published on lolwot.com