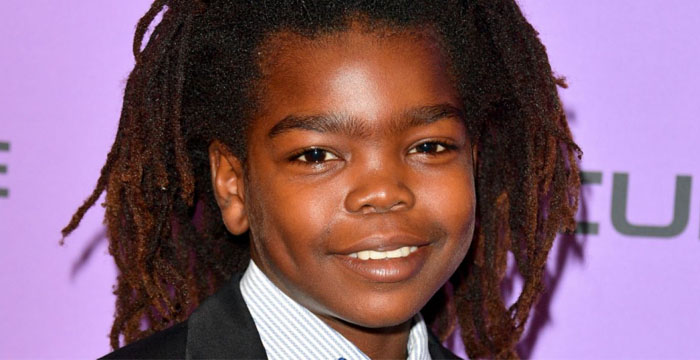 The story of Peter Pan is being brought back to life in the upcoming film, Wendy, but this time the famous Disney character will be played by a Black actor. Director Behn Zeitlin reimagined the 1953 classic and has cast Yashua Mack, a Black boy, to star as Peter Pan after auditioning more than 1500 kids for the role. The Oscar nominated director, who hasn’t made a film since 2013, told Entertainment Weekly about his decision.

“Yashua lived in a Rastafari camp in Antigua. A lot of places you see in the film are their playground,” explained Zeitlin. “Seeing this little boy drop into character was one of the most shocking things I’ve ever experienced in my life. He just inherently understood how to perform.” The story behind the first black Peter Pan on film in Wendy The story behind casting the first black Peter Pan on film.

Director Benh Zeitlin discusses his new film ‘Wendy,’ the first major motion picture to feature a black Peter Pan. The Peter Pan story has been recreated numerous times, but knowing the significance behind this movie release, Zeitlin says he is aware of how he is straying from past versions.

“Radically dismantling the history of the story was a huge reason why we wanted to tell it,” said Zeitlin. “His character and the story has been so important to me. But you look back at iterations of it and they’re wildly prettiest. They’re wildly biased, the way they portrayed Native Americans, usually.”

But with change often comes controversy. Zeitlin’s last film, Beasts of the Southern Wild, received mucg backlash when it was released. Some believed as a white man, Zeitlin was not qualified to tell the story of the Black community. He says he is aware of the scrutiny that may come but is excited to work hard to get this character portrayed accurately regardless.

The story behind the first black Peter Pan on film in Wendy https://t.co/m08mD2Fn9Y

“The goal is always to create 3 dimensional characters that are not reduced down to the sum of their identities which are complicated,” he continued. “The further the character is from yourself, the more you have to work to give that character complexity to make them feel real.” Wendy hits theaters February 28. Watch the trailer below.