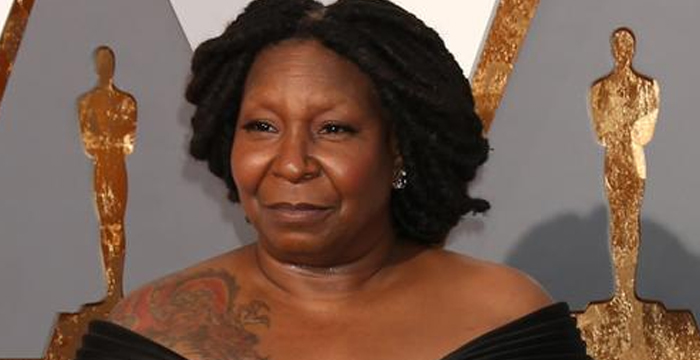 Cultural Appropriation is defined as the unacknowledged or inappropriate adoption of the customs, practices, ideas, etc. of one people or society by members of another and typically more dominant people or society. Many people have been charge of appropriating the African-American culture to profit off of, or maybe try to “redefine” or “rewrite” the history. A very prominent actress and host, Whoopi Goldberg, is speaking up on the subject, but her words are not being well received by the community.

Lest we forget the unforgettable (for all of the wrong reasons) Pepsi ad that Kendall Jenner was a part of. The commercial was pulled from the airwaves and Internet swiftly after the backlash, but that didn’t stop the images from being burned in the heads of the public. As the New York Times appropriately stated, “Ads like this are the reason why diversity is so important. Stuff like this happens when there are no black people in the room during the creative process.”

Lately, we have been seeing photos of Justin Bieber as he debuted a brand-new look which has caused much controversy as well. The Biebs began to don dreads as his new hairstyle (following the release of his latest album “Justice” which included ‘head-scratching worthy’ sound bites from Martin Luther King Jr that were out of context). The Internet quickly spoke up against the Canadian-born superstar, but that did not stop him from continuing to live his best loc’d up life.

Who has had enough of the terminology “cultural appropriation”, however, is Whoopi Goldberg. While on host duties at The View, the ladies spoke on the topic, and Goldberg had quite the opinion on the matter. The topic was brought up due to the Pepsi ad in which Kendall Jenner was a part of. Goldberg said, “If we’re going to go with cultural appropriation, wear natural hair. Cause if we’re wearing white lady hair, then isn’t that appropriation? Listen, there are times where you can say, ‘You need to be more sensitive.’ But this aint one of them! This is [just] a bad commercial that didn’t work.” The full conversation below. What are your thoughts?

Renae Love – It’s actually a programmed deep-rooted issue because of past and present discrimination against coarse hair. Black women were frowned upon or shunned from good paying jobs because of wearing dreads , braids or their natural texture of hair. It was almost like they were forced to hate their natural beauty because of westernized standards. Nappy hair is viewed as unkept, unacceptable and sometimes hard to manage…. hence the reason why we get upset when we see other races appropriating our Styles which they deemed undesirable in the past.

Deloris Martin – Can I wear it if it’s a kinky wig…they make those now…lol. Whoopi is smarter than that to know straight hair is not Synonymous to just white right, I hate hearing it and seeing that statement. White people are not the only people with a grade of straight hair…smh. Edit: please stop believing the hype about women wearing wigs as an assimilation….most women like to switch it up, most women like the convenience of it, and less manipulation to their own hair, and why just weaves and wigs?…at first it was an issue about straightened hair. How about we do what we want to our own hair and black women get off the bandwagon of degrading others, our men do it to us we don’t have to join in

Yolanda McMullen – So tired of people pressed about what other grown people are doing no one’s coming for her still looking like Ms. Celie from the Color Purple… Mind the business that pays you… She prefers white men, I prefer black men everyone has a preference..