White Woman Lists All The Things She Had To Learn After Marrying A Black Man, Goes Viral 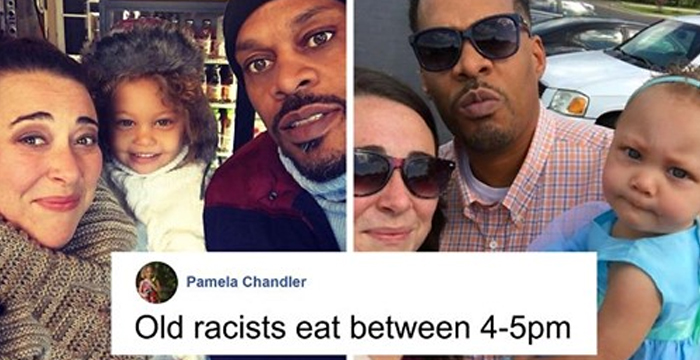 Pamela Chandler, from Ohio, was getting tired of people denying xenophobia and complaining of being tired of the Black Lives Matter movement. To show that xenophobia
is indeed a thing that affects people every day, Pamela listed all the things that are different for her and her husband. Since becoming a mum to a mixed-race daughter, too, Pamela has also learned other valuable lessons about what life is like for those who are not white.

The open letter she wrote explained how Pamela has to handle all public interactions, drive if they’re going outside of the ‘safe’ neighbourhoods, and all the ways her husband Walter has to minimise himself. The letter went viral on Social media where it has been shared more than 120,000 times. Pamela later lamented that it was her words – the experiences of a white woman – that went viral instead of the plethora of accounts by people of colour talking out against xenophobia. But she is still hopeful people took away something from her letter.

In the letter, she wrote: ‘So as a white woman married to a Black man and raising a child I’ve had to unlearn a lot of things. I’ve also had to LEARN twice as much. I’ve had to become aware and start to notice things my mind never would have before. ‘I have to handle store clerks, returns, getting documents signed, anything with any federal building or administrative work, I get further with any type of “paperwork” thing that needs to be handled, people listen to me and are much more agreeable than with him.’

Pamela added that it’s not just her husband that life is a little harder for. The mum said her daughter is also impacted by her skin colour. She wrote: ‘When doll shopping our daughter gets 25 white options and one or two Black or mixed-race doll options. Pamela continued: ‘The same people who stop us daily to say how adorable our daughter is, are the same people who would cross the street if Walter was walking alone.’

Since the viral post, Pamela began a separate blogging page, The Chandler Crew, to detail her family life and also share resources about injustice in America. It’s also a chance for other interracial families to join and connect.

Renata Bowen – I suppose my worse moments were woth the children.. I actually had someone tell my 3 yr old son I was Nanny not mommy. And scold me for allowing him to do that. She said my employer would be very disappointed. And I actually had someone refuse to believe I was his mom in a store and tried to save him…my pale little boy. My husband never was questioned as to why he was with our darker complected daughter. Maybe I just looked like “the help”.

Debra Hine Cloudt – I just wish she would throw a few excerpts about some of us white people who don’t stare, aren’t rude, and actually smile and talk to people regardless of color. I have biracial marriages in my family and biracial children from those unions. I don’t care if you’re striped or polka dotted as long as you’re happy. I am aware there is a profiling problem. Never said there wasn’t. But there are a lot of us “white folks” who don’t care what your color is. Give US some credit please

Vincent C. Silva – I have a friend who has a country house about three hours north of NY. In a small town. Large Puerto Rican black man. When he used to bring his current girlfriend up there, black or latina, nobody would take notice. Now that he is married to a white woman, people stare and treat him rudely. He was always the same person though.

This Article Was First Published on metro.co.uk