“Where Were The Parents In All This?” Da Brat Refuses To Mute R. Kelly, Says She Can’t Stop Listening To His Music – Video 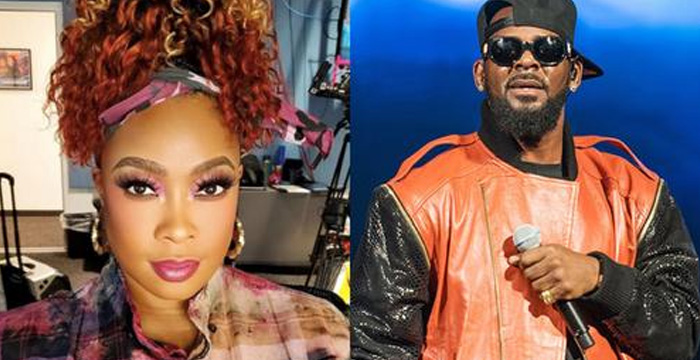 Troubled singer R. Kelly may have been muted by the majority of the public but he is still the “King of R&B” in some people’s eyes. Kelly still has a world of fans that refuse to give his music up and are still ride or d-e until the end. Some of his celebrity friends have also sounded off in support such as Chante Moore, Erykah Badu, and also Da Brat. R. Kelly’s world turned upside down, once again, when Lifetime aired the damning multi-part docu-series Surviving R. Kelly. It would ultimately derail the Chicago singer’s career and the hashtag #MuteRKelly would take over social media.

Da Brat, who is also a Chicago native, shared with TMZ while on the red carpet for the 2019 Trumpet Awards that muting the singer would be hard for her as he was her childhood friend, among other things. “I do think he needs help. I love him,” the rapper admitted to TMZ. “I grew up with him. Ms. McLin – we had the same music teacher – we were around the same circles as kids.” “I’ve never seen him do anything bad, but I don’t believe all these people are lying,” she continued. It was then that Brat poses a question that also drew intense backlash. “But at the same time, where are the parents? So, you know, I think he needs help for sure,” said Da Brat.

“I love him. I hope he don’t get mad at me. And I think the parents need to take responsibility. Where is your 14-year-old child? Why are you there?” As for the singer’s extensive catalog she went on to share, “I can’t stop listening to the music. Never will I stop listening to the music. I might not buy it no more, but it’s already in my playlist.” Following the backlash that ensued on social media towards the rapper, she was inspired to re-watch the Lifetime series via a new perspective. “I just need to make myself clear,” she explained while on The Rickey Smiley Morning Show. “I stayed up all night and watched the documentary over, and I had to re-evaluate myself. I was in denial. I had to truly dissect the way I view relationships in my life and those I call family.”

She continued, “You think you know somebody and you don’t. No one deserves this. Right is right, and no man or woman should have to endure viol- ence of any kind.” With that, Da Brat offered a seemingly sincere apology to the parents of the suffer. “I’m sorry that you have to go through this and you continue to go through this,” Brat proclaimed. “I stand on the side of right. breach anybody is wrong and I was wrong.”

Yinks – I mean I am tryna get a feature from the man . I hope he gets out quick that’s if he is innocent.

Marquitta Jones Yepimdaone – I’m from Chicago so I witnessed a lot of parents being thirsty at that time and knowing what they were doing. I’ll Never mute r-Kelly he’s a musical genius. Blame the parents!!

OLove Nevers – Regardless of where the parents were it doesn’t change what he did and it doesn’t make it right…….He is a grown man and should’ve known better…….He is one sick individual I wouldn’t even trust him with my dog……As far as I’m concerned R Kelly is dismissed

Shree Anderson – I still listen to it…you got to admit his music is LIT..still today. He was here to entertain us..he overdid his part. The rest of that is personal stuff… Can we get a new album or something? NO? OK

Cammie Goss – I’m willing to bet that most folks saying his music is remnant of his actions or thoughts toward young girls still sit amongst and/or socialize with the family molester and have not nor will not turn that person in- male or female.