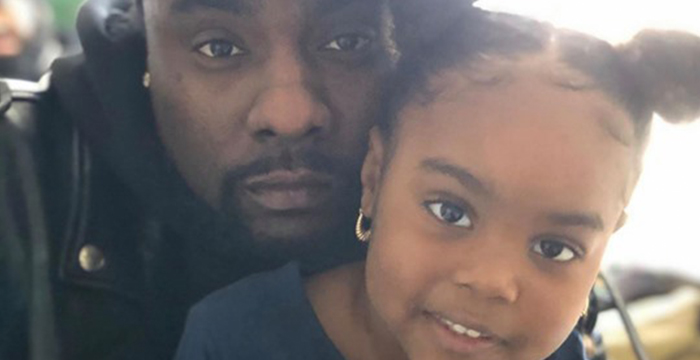 At the top of this year, Wale appeared on “Red Table Talk,” alongside actor Justin Baldoni to discuss love. Wale and Willow were the only unmarried people at the table. Still, Wale had a lot to say, as usual. Mostly he talked about the struggles he has fully embracing love. He attributed it to his upbringing with Nigerian parents who didn’t specialize in showing affection toward their children.

He explained how it negatively impacted his romantic relationships. But in a recent sit down with Ebro Darden, promoting his latest album Wow… That’s Crazy, the rapper shared how his upbringing has affected the relationship with his daughter. He explained.

“I never really talk about this with my daughter—but we talk about our kids all the time, personally. My baby mother is an amazing mother. But me, I struggle sometimes. And I didn’t know this was going to happen. When you have kids, you don’t really even know your true self for real, especially if you have a daughter.

I didn’t know I was going to struggle connecting emotionally to a baby girl. I try. I do feel it but expressing it is so different. I didn’t realize until I started talking to people and seeing professionals, you weren’t raised like that.

Sometimes how you were raised don’t come to fruition until you’re raising somebody. I never was like ‘ga ga, goo goo’ and all that stuff. It’s love but how I do it. But the feeling is there. It because I come from—like, my mother never send me to school and kiss me on the cheek or kiss me goodnight.

It’s really just a fear but also, we love our parents and we respect them but it’s more like a ‘did you sweep the floor before I come home from work?’ ‘You ready for school tomorrow?’ And it’s not putting down my parents because many kids that have parents from other countries, tea have different morals. I’m trying to learn how to do it but I don’t want to be fake because I don’t want to give my daughter fake energy. I just vibe with her different.”

This Article Was First Published On madamenoire.com