Denny’s Waitress Says Her Managers Aren’t Releasing A $4,000 Tip A Customer Left For Her Weeks Ago – Video 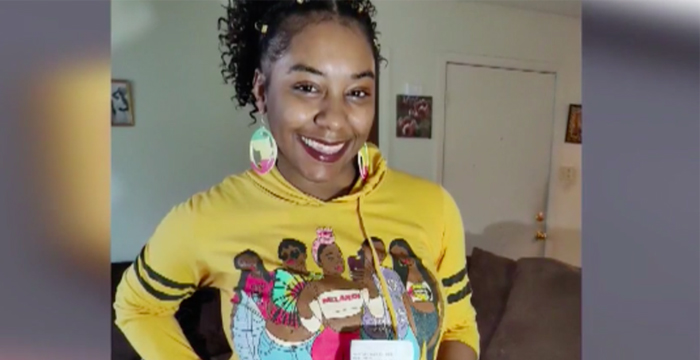 A woman working at a Denny’s in Memphis, Tennessee, has yet to receive a more than $4,000 tip left for her by an anonymous customer. I agree to the terms and privacy policies. Fox 13 Memphis first reported Shikira Edwards’ come up on February 12, when her manager broke the news to her that a gracious customer left a tip of $4,451.61 and skirted the restaurant without saying much.

Edwards learned about the tip at the end of her shift when her manager called her into the office.The waitress said she didn’t learn much about the woman who left her the tip but was told the customer appreciated her service. “She appreciated my smile,” Edwards said. “That’s one thing that she did tell me and from there I don’t know.”

Edwards, who had been working at Denny’s part time to pay off student loan debt, said the tip was a timely blessing and a small miracle. “It’s just such a blessing to have good people like that that are still here and that God did answer my prayers, ’cause he knows what I go through,” Edwards said.

Outside of being identified as a woman, there isn’t much information available about the customer, and Edwards believes it is part of a ploy for her managers to pocket the money for themselves, Fox 13 reports.

“I’m just hurt that they would tell me something like this as a business and as being the owner to tell me that this is the only resolution as to look at if I’m wrong to ask for something I know I deserve,” said Edwards. When asked about the situation, the manager told Fox 13 that Edwards is a good employee and they were looking into the legitimacy of the tip.

3 weeks later, Edwards was instructed by the manager to track down the person responsible for the tip before she could receive it, according to Fox 13. “You’re going to tell me that it’s my fault that I didn’t get the information on a customer when they left and tipped me,” she said. “I don’t know who tipped me.”

Edwards said she wouldn’t be surprised if someone at the restaurant tried to keep it for themselves, adding that the business is short staffed, low on supplies and there is low morale. “I wouldn’t be surprised if because of what they’re going through already that they need it more than I do,” she said. Edwards said she was going to use part of the tip for mentorship programs helping teens dealing with depression. She said she also hopes the person behind the tip will give her a call so she can thank them in person.

This Article Was First Published On blavity.com