Vanessa Bryant Mother Demands Daughter Take Care Of Her For Rest Of Her Life, S-ues For ‘Lifetime Support’ After Claiming Kobe Promised To Support Her – Video 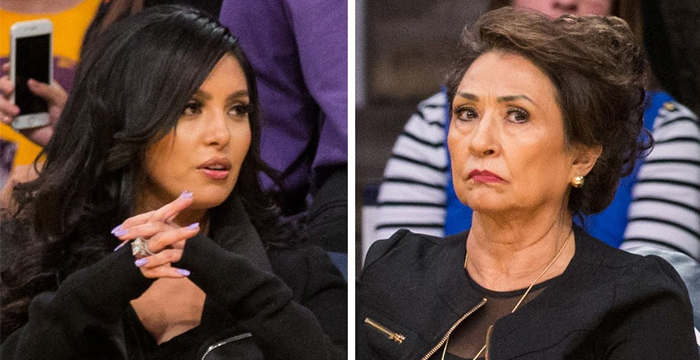 Vanessa Bryant, widow of the late Kobe Bryant, is dealing with a different kind of family tragedy in the wake of losing her husband. The mother of 4 is currently embroiled in a nasty legal battle against her own mother Sofia Laine, 68, one that’s growing worst and worst with every headline. People Magazine originally reported that Bryant and her mother were at odds. In December, they stated that Vanessa Bryant was charge her mother of trying to “extort a financial windfall” from her family after husband Kobe Bryant’s untimely loss through a new case. In said case, Laine claimed that she’d worked unpaid for Bryant as a “longtime personal assistant and nanny.” Laine added in the case that before Kobe’s loss in January, he had “promised to take care of” his mother-in-law “for the rest of her life.”

Reports state that Bryant has supported her mother for over the last 20 years. She told People Magazine that for that “Nearly 20 years, she was never my or Kobe’s personal assistant, nor was she a nanny. For nearly two decades, we arranged for my mother to live in our nearby properties, at no cost to her because she had claimed that she didn’t have any money to buy her own home after her divorce. My husband and I felt it was best for her not to live in our home. She watched our girls from time to time, just like most grandparents do. She did not take care of business issues or expenses.”

Laine did an interview with Spanish language network Univision with reporter Dave Valdez of El Gorda y La Flaca. There she told them Bryant throw her out right after Kobe’s loss, demanding her keys and her car immediately. Bryant was livid following the interview and said in another statement “My husband and daughter depart unexpectedly, and yet my mother had the audacity to do a television interview speaking negatively of me while shedding tears for a car and a house that were not in her name,” she said. “She has removed all her diamond jewelry, emptied the apartment I provided, and put away the furniture to make it look like she doesn’t have my support. My husband and I have supported her financially for the past 20 years, and continue to do so, in addition to her monthly alimony.”

Vanessa Bryant adds that Laine is “now trying to get more money than my husband and I ever spent to provide for her while he was alive.” She also criticizes the case as “frivolous, disgraceful and unimaginably hurtful.” “She has no regard for how this is affecting my children and me,” she says, claiming, “She wants to live off of my daughters and me for the rest of her life while continuing to collect monthly alimony from her ex-husband since 2004. My husband and I have never discouraged or kept her from providing for herself.”

Rita Palmore-Parie – Her daughter will more than likely take care of her as passage from mother to daughter if they have a good relationship. However, demanding it? Do set yourself up to take care of yourself. What happens to you if your child passes?

Myrna Buttacavoli – What world does this lady live in. If Vanessa chooses to take care of her it is up to her. She can not demand someone take care of her, she should have had her own life handling her own personal life. She feels entitled.