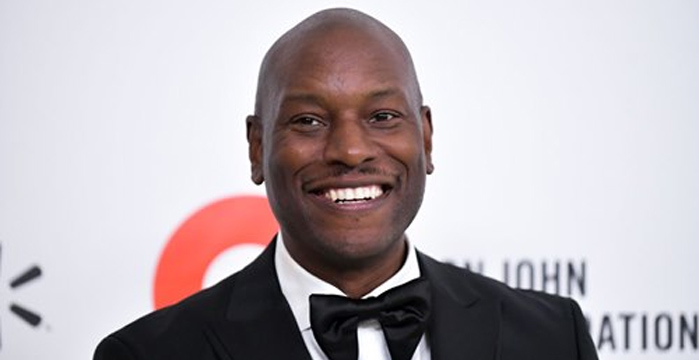 Tyrese Gibson is giving back — and encouraging others to do what they can as well. Earlier this week, while recording the upcoming film Dan-gerous in Kamloops, Canada (costarring Scott Eastwood), Gibson realized he would have three unused hotel rooms available to him on a frigid night, which he offered to a family of six who was homeless. The Fast & Furious actor and rapper posted a video to Instagram on Wednesday where he talked about the decision and the importance of helping others, especially this year, amid a cov-19 and economic turmoil.

“I hope that they come in here and feel blessed,” he says in the video of offering up his room, which was happily accepted by the family. Gibson, 41, tells PEOPLE: “I’m just trying to encourage people.” (He also notes he did not want to film the family for social media, sensitive to their privacy, though some of their voices are heard. The next day, Gibson says, his agent reached out to double-check if he’d given up his hotel rooms — indeed he had, he said.) In his video, Gibson presents a “30-day selfless challenge” to his followers.

“We have never lived in a world like the world we’re living in now, where some of the most talented, smart, brilliant, educated and capable people are all out of work — losing everything they’ve ever worked for in their lifetimes,” he says in the video. He continues: “You may not have the money but we are all very capable of doing more. If you see someone sleeping outside in the freezing cold, don’t turn a blind eye. Do something. Buy them blankets, give them food, warm water, something. Anything.” Gibson, who recently launched the travel business VoltronTravel.com, has also been giving away $1,000 and plans to for 30 days.

Kimberly Sam – We Have To Help Others. Because It Could Have Been You. I Know. I was Homeless. God. Made Away. When family. Won’t there. I Know God Was Always With Me. And With Me Now. My Eyes Open To God’s Grace, Mercy, Gods Love. Me Anyway!!! Be Blessed. It Could Be You.

Monique Renée Mitchell – This is a CHALLENGE. In order to CHALLENGE people to do the same he had to announce the CHALLENGE. What in the 2020 is wrong with people in the comments everytime.

Conlinna Nelson – Nobody cares about this tax write off. Did he set them up with a job or help them with a trade, is he promoting policies benefiting the homeless, etc? The least always get the most praise…smh