‘They Gave Me Shelter,’ Watch Omari Hardwick Describe How Denzel Saved Him From Homelessness. – Video 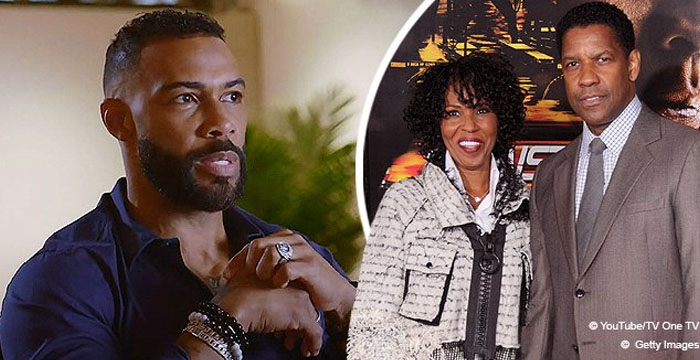 Omari Hardwick is one of Hollywood’s biggest success stories. Featured in big name films like Kick-A-ss and For Colored Girls, Hardwick is now the lead actor on the Starz drama series Power. As successful in his personal as in his professional, the actor married his wife Jennifer Pfautch in 2012 and they have two beautiful children. Despite all his achievements, Hardwick has been candid about his struggles over the years. In a recent interview with The Real, the actor told of how legendary actor Denzel Washington and his wife Pauletta helped him through one of the darkest moments of his life.

Setting the stage for his story, Hardwick told reporters with the talk show that after he graduated from the University of Georgia, he traveled to Hollywood intent on starting his career in the entertainment industry. Broke and homeless, Hardwick put his acting dreams aside for a while, working as a substitute teacher and coach at Campbell Hall School, one of Los Angeles’s premiere high schools. At Campbell Hall, Hardwick met John David Washington, son of Denzel and Pauletta Washington, and his life began to turn around. Hardwick served as a mentor and personal trainer for John David. The Washington family, in turn, offered their support to Hardwick. The actor told The Real that the family gave him a place to sleep at night as he continued trying to get into the entertainment industry.

Describing Pauletta and Denzel as his surrogate aunt and uncle, Hardwick credited the family with giving him the ability to attend acting classes and firefighter training, which he chose as a backup career if he was unable to break into the entertainment industry. Hardwick got his first big break from Spike Lee, the award-winning director of films such as Malcolm X and He Got Game. Ironically, Hardwick’s offer from Lee came on the same day he received an offer for a job as a firefighter. Hardwick accepted Lee’s offer, intent on achieving his dreams of Hollywood stardom.

Unfortunately, fate through a wrench in Hardwick’s plans. The project that Lee and Hardwick were working on, a pilot for a television series called Sucker Free City on Showtime, was not picked up by the network. Losing out on Sucker Free City was very difficult for Hardwick. Once again broke, Hardwick lived out of his car for a time. Doing odd jobs here and there, the actor contemplated returning to his parent’s home. In response, his parents scraped together $2500, telling him that while they loved him, he could not come back home.

On hearing of Hardwick’s plight, Pauletta Washington decided that she would help the struggling actor by paying-off his car loan, telling her husband she feared it might be repossessed and opening their home for him. Hardwick explained: Despite all his difficulties, Hardwick eventually got a toehold in the entertainment industry. Playing minor roles in a variety of television shows and movies, Hardwick achieved his greatest success in 2011 when he was cast as James “Ghost” St. Patrick in the cri-me drama Power.

The first thing that Hardwick did with his newfound success was repay Pauletta and Denzel for their act of generosity in paying for his car loan. Hardwick told The Real that the couple was so proud of his achievement that they framed the check he gave them.

Marissa Wilson – This so moving, it goes to show that when you become successful that you don’t forget what it took to get there and who helped you.

Belle – This is how we as a community should support each other. Can’t wait for the full interview.

Kimari C. – Wow, hearing a lot of these actor’s stories before they made it big is so inspirational. Him, Idris Elba, Tyler Perry, Sammuel Jackson…this industry is really only for the strong. See, I knew there was a reason I luh me some Denzel. lol

litlprayer – means so much that he would share his real life story and be so open and honest about the depth of his journey. truly inspirational.