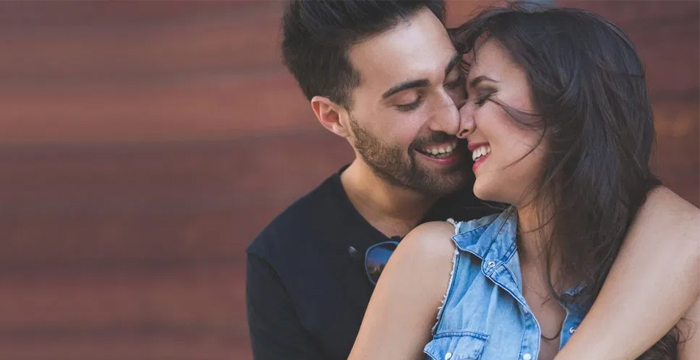 There is nothing quite as comforting as a hug from the right person. Whether between parents and children, friends or lovers, hugs strengthen our bonds while making us healthier and happier. You may not have thought about it, but there are different types of hugs that convey different messages between people. This is also true of hugs between potential life partners. Hugs can say a lot about your relationship. Let’s see what these fifteen different types of hugs reveal as shared by Bright Side.

1. The hug from behind

A strong embrace from behind says that the hugger is ready to protect you from all hardships and is not afraid of responsibility. He is a true knight, and next to him you will definitely feel safe.

Even if the man hasn’t confessed his feelings to you yet, this embrace speaks for itself. He is unarmed before you and wants to spend as much time together as possible. But be careful: these men are often quick to fall in and out of love.

This hug is more common for friendships than for romantic relationships. If you are just friends now, then romance is unlikely: your friend will support you and hear you out, though. And if you are in a relationship and this is the only hug you experience, it is worth thinking about. It seems like your man is not with you because of great love.

4. The hug while looking into the eyes

If he hugs you incredibly gently and delicately and then looks straight into your eyes, then you can be sure: this is a symbol of a true and deep connection between you two. He values ​​you very much, and everything that is happening is really important to him. Such relationships have a future and, perhaps, a very happy one.

There is a literal distance between you, and the embrace itself seems rushed and merely polite. It could be that you don’t really care for each other and are just trying to save face. But why? If the person is unpleasant to you, a wave, a handshake, or a nod are okay. There are exceptions, though: if you go to a family dinner and meet your grumpy uncle, this hug may come in handy. But that’s another story.

This embrace is certainly familiar to everyone: it is necessary when we need the support of a loved one. It lasts without any words needed, and things are looking up somehow. Believe us, this hugger is ready to be with you in joy and in sorrow, which is very, very important.

When your significant other hugs you at the shoulder, he takes you under his wing and tries to protect you from any adversity. If you are only friends, then the man offers his help and support. But if a girl hugs a guy like this (especially when saying bye), then it is likely that she perceives him only as a good friend, and a relationship is not really possible.

This guy has a stormy temper, and he can’t wait to move your relationship to a new stage. And thus he seeks to quickly demonstrate that his woman belongs to him and only him. If your relationship has just begun, and he is already not watching his hands, this hardly speaks of deep feelings. He could just be a player. But if you have been together for a long time, then there is nothing wrong with such flirting.

If a man hugs you firmly, lightly stroking your back, then you are lucky: he treats you very well and cherishes you. Such men are very sincere and romantic, and they dream of a strong and happy family. Incidentally, they also make excellent husbands — so take a closer look at him.

This kind of hug keeps on without either person having to say anything. It is a silent expression of love and support that doesn’t require any words. It is not only expressed between couples but also between loved ones in general. Whoever hugs you like this, will always stand by you through thick and thin. All these hugs beg the question: what type of hugger are you?

This hug involves wrapping your arms completely around another person. It’s a sign that they want to protect them. It’s easier to implement if one person is much bigger than the other. It’s common for men to do this to a woman they want to look after. It’s not romantic but is rather a sign that the hugger truly cares for them. It’s also one that parents use on their children to show that they’re there to protect them. It can either be done from the front or back.

Only those in a trustworthy relationship can do this. This hug occurs where you hug each other in a way that you can put your hands in each other’s back pocket. Perhaps you’ve seen this when people have been walking together before. It’s a great sign that you’re comfortable with each other and the physical connection is strong.

This hug is what the title suggests – a hug that doesn’t last long at all. It has no romantic connotations to it, and may even appear a bit rude. But don’t be fooled, it’s not exactly rude. Generally, it means that there is affection there, but it’s kind of weird to hug each other, so it’s best to keep it quick. Guys who are awkward and don’t know the girl well might do this hug. It doesn’t mean that they don’t want to develop a deep connection with you (otherwise they wouldn’t hug you at all!) but they’re just being a bit awkward about having a real hug.

15. The hug with head on the shoulder

This is where the man or woman lays their head gently down on their partner’s shoulder. If this hug occurs, there is strong affection and you’re both willing to look after each other. You most likely love each other and the relationship is going strong. It also means you’re extremely comfortable together.

Mai Nguyen – If a woman is willing to date a man who is already in a relationship, I think she should not sex -ually They forgot the hug I always do with my friends. I run at them and and hug them while trying to tackle them to the ground

Eleni – Hugs are one of the most comforting act anyone could give and have. The hug from behind is my favorite kind of hugs

Sanint– I hate to say it cause its probably unhealthy or something but I honestly have been a lot less stressed and upset since I decided to never trust a woman again and be upfront about only wanting You know, I can imagine this being a public display on screens outside in cities in near the future of humanity with flying cars etc.

Rubi Zapata – Never think twice before cutting off ties with fake people including family and friends esp. you had one of those partners in life, after the break My crush found out that I like him and I found out that my crush likes me We’re still friends and talk sometimes, but I always wonder what it’s like to hug him

This Article Was First Published on hackspirit.com