The Evolution of Kawaii Over The Years 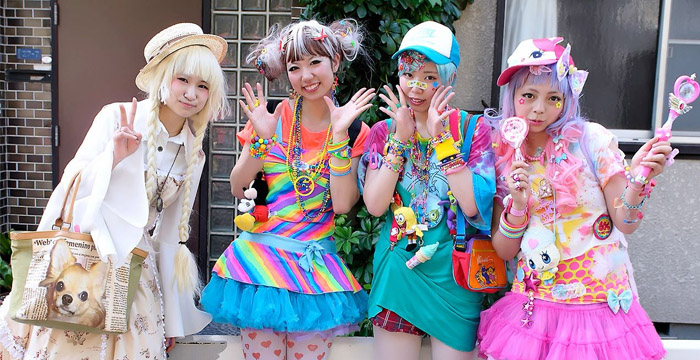 Aside from its huge value for respect to the elderly and outstanding work ethics, one of the well-established Japanese cultures is the culture of cute or kawaii. We may often see this word in social media as anexpressive description for something lovable or adorable, or even come across kawaii fashion on Pinterest identified by its fun colors and experimental layering. Nevertheless, the value of kawaii hasevolved and emerged, especially in its position in the global ladder.

The Beginning of Kawaii Era

Like most cultures, Kawaii rooted from a socially significant beginning that later emerged into a broader spectrum of sub-cultures. Cute culture, as ironic as its name suggests, began as a sign of student protest to the authorities. Instead of attending lectures and conforming to the prescribed academic knowledge in the late 1960’s, students from Japanese universities resisted the system by reading children’s comics or manga instead of academic books.

This phenomenon is known as Japan’s 1968, which was a result of the high-speed growth of Japan’s economy and the unsettling situation that the country was experiencing due to international conflicts.

As years went by, the shape of kawaii changed from revolutionism to consumerism. In 1970s to 1980s, consumer subcultures emerged along with the explicit progress of the Japanese economy. Kawaii has not only been a cultural practice but was expressed vividly through style and personality such as language and handwriting. Food and fashion were also highly influenced by kawaii, making kawaii-themed cafes and outfits more popular during that time.

Moreover, cute culture also affected female emancipation. It popularized “burriko” or childlike women, where women are portrayed as vulnerable and innocent, to increase their appeal as a potential marriage partnerinstead of being visualized as threat to men or society. This allowed Japanese women to have a higher hiring rate and move a step closer to gender equality.

Mid-Kawaii: Its Role in the Economic Market

In the 1990s, Japan experienced a state of economic crisis which led to the movement of kawaii to the economic market. From being a lifestyle, cute culture was now used as a marketing strategy of companies and firms like banks and airlines to attract potential consumers.

During this time, Japanese brands like Nissan, Mitsubishi, Sony and Nintendo thrived using the art of kawaii to present their brand as beyond adorable and cuteness. One of the biggest brands ever established from the year 1990s is Hello Kitty, which happened to be the ultimate face of kawaii branding.

Hello Kitty was first aimed to market pre-adolescent girls, but its producers later realized how much kawaii influenced women of all ages. This led to their market expansion, making their products suitable for teens and even adults.

With its persistent presence from its historical roots to the 21st century, kawaii truly went over its expected results and purpose. Aside from its popularity among all ages and genders, the source of kawaii consumers is not merely limited to Japan anymore since its subcultures resulted to multiple location markets.

Remember back in 2016 when nearly everyone had their phones out anytime and anywhere in search of Pokemons? This was the popularity brought about by Pokemon Go, a subcultural game that began as a kawaii brand in the ‘90s. It is quite interesting that kawaii, though it presents itself as a cultural representation of Japan, might be the new face of global understanding.

Before, kawaii revolved mostly in Japan only as a cultural phenomenon, but together with the development of society and technology, kawaii has been much complicated than just cuteness. For instance, instead of focusing on just manga and anime characters, kawaii is now also expressed by making inanimate characters come to life.

Kawaii now also experiments on Kimokawaii, or the combination of gross subjects and lovability. This has brought about changes in the shape of Japanese and global culture especially in the field of arts, inspiring more and more artists to continuously think outside the box and make kawaii a weirdly fascinating masterpiece.

We might think that we know a cute culture by heart, but it takes time to fully understand kawaii and its multiple undertones. While it is truly a challenge to grow up, kawaii reminds us of the bigger world that we are about to explore. After all, in every adult, there is a child that screams vulnerability and fun.

Kawaii is neither good nor bad, but it surely is a part of who we are, no matter the age, social status, or gender. Hence, we must encourage a deeper understanding of kawaii and culture in general. Only then can we truly say we are more than just what other people define us, for we are our own cultures- loud and proud, bold, and fierce in our own ways.

Who knows? We might even find more interesting and fascinating cultural stories to share in the next few years!