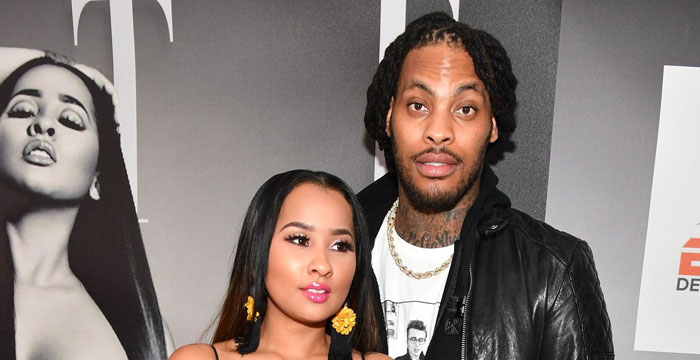 *Tammy Rivera opened up about her s-x life with rapper Waka Flocka Flame on Angela Yee’s Lip Service podcast. During the virtual Zoom chat, Tammy dished about their reality show, “Waka & Tammy: What the Flocka?” and revealed that she’s more adventurous in the bed room than her hip-hop star hubby, MadameNoire reports. “I have learned- and it’s like scientific studies that I have done on my household…if I was to get up and su-ck his , his day is so good! He be so excited! Like, he’ll have a great day, and he’s got energy, and he’s so happy. Girl, if I wake up and give him some b-ty, his day is great.

If I don’t give him none for a few days- he got an attitude, he walkin’ around, he gotta sm-ke all the blunts. I’m like, ‘God dmn!’…he’s like, ‘If you really just blew my soks, like, every morning- I swear to God, we’d be good!” Apparently, Waka can please just as good as he receives. “All the time! He does it way more than I do!” But when it comes to having 3 somes, Waka is not down with it.

“I’m the more open one- like the more free one. And people would think that it’s Waka, but it’s me. [I’d be down for a some,] if he would give me one, bch! He won’t give me one! I think it’s so selfish, ’cause, ‘Nga, you had your fun! Your whole career you had three and four bhes- you had your whole little fun! And I’ve been at home being a good little wife.” If Waka ever agreed to a 3 some, Tammy would be the one to pick the woman they invite to play with them.

Queenxofxthex – Everybody got a dope house in the back…then there’s L’Oréal. Basically me on a work call lol

Lucas – Thank goodness Tammy kinda dismissed that whole “everybody hated me bc I was light skin” stigma L’Oréal tried to present. It be a several mixed girls in the mix. Ppl typically hate off what you got and how it’s presented like she said.

Sheree_b B – L’Oréal coming through with her new found interviewing skills. I enjoyed this one, Tammy so likeable

This Article Was First Published on eurweb.com