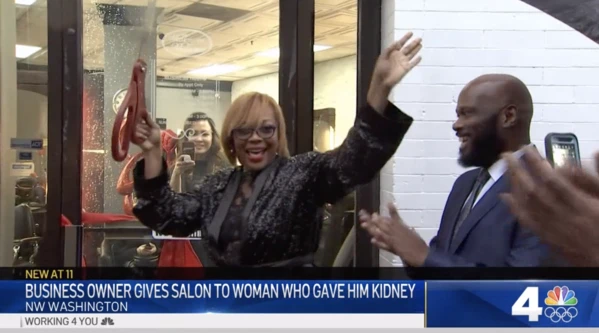 Ramona Hood has been named president and CEO of FedEx Custom, making her the first African American to hold the position in the company’s history. According to Commercial Appeal, Hood transitions into her role as CEO after serving as vice president of operations, strategy, and planning for FedEx Custom. However, her initial position at FedEx was that of a receptionist. In 1991, as a 19 year old single mother in search of a full time job, Hood started her career at FedEx, previously known as Roberts Express.

“I just wanted a schedule that would be consistent,” Hood told The Commercial Appeal. As CEO of the company, Hood wants to use technology to address customer’s shipment needs by “looking at things in ways we haven’t in the past.”
Hood’s rise to the top was far from a fluke, but intentional on the part of the receptionist turned CEO. She explains her ability to climb the ladder was due to being “pretty intentional and purposeful with gaining experience” during her time at the company.

She was also able to stand out among her colleagues by speaking up and offering fresh new ideas. Her FedEx bio lists her accomplishments and explains that over time, she began offering innovative and strategic ideas that distinguished her from her peers. One of her ideas was a program that would allow employees to work from home.

“At that time, it was not common to have call centers where you would have individuals working from home,” she said. “I looked at our processes and the technology that we had, and I realized nothing was preventing us from that.” Not only did Hood use her time at FedEx to gain experience and provide solutions, but she also earned a business management degree from Walsh University and an Executive MBA from Case Western Reserve University Weather hood School of Management.

In her initial days as CEO, Hood plans to use her “Ramona Roundtables” method to communicate with employees and customers. “The next thing I’ll be doing is going out and spending time with customers and independent contractors,” Hood said.

“I’m defining that as my ‘listen and learn tour.’” Congratulations to Ramona Hood on her promotion to CEO, and we wish her great success in the role.

This Article Was First Published On afrotech.com