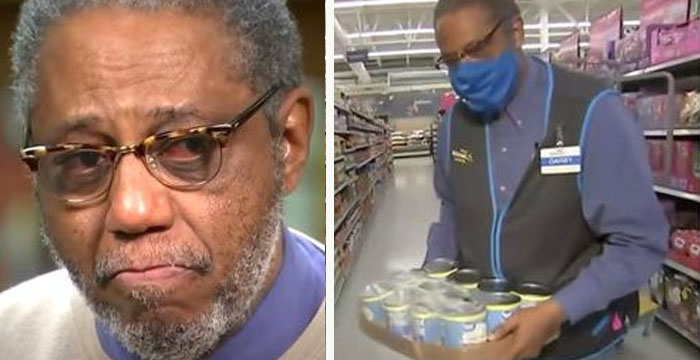 When times got tough for a Charleston, South Carolina community, the high school principal stepped in to make sure that his students wouldn’t suffer as a result. Henry Darby, the principal of North Charleston High School, grew up in that town and feels a strong bond to everyone there. As a result, he went above and beyond to help his students and their families, in a way that will warm your heart.

It’s no secret that Cov-19 has introduced all sorts of new struggles for people across the globe. But in this North Charleston community, 90% of these high schoolers families live below the poverty line and have been particularly impacted by the economic challenges of Cov. Mr. Darby cares deeply about his students both inside and outside of the academic settings, so watching his students and their families struggle during this time has been incredibly challenging for him. He often visits students at their homes or talks to them about their lives, and hearing about how some of his students are living made him determined to do something for them.

In addition to being a principal, Darby knew he needed some way to directly help his students and their families. He did something that most people wouldn’t think of — he got a job to help earn money for other people. Now, Darby works the graveyard shift, from 10pm to 7am at a local Walmart. He stocks shelves and works through the night, and he uses the money that he earns from this job to help his students in need.

Henry Darby took on his extra job at Walmart without much flair. He did not tell his manager at Walmart about his other job and the extreme hours he was working, and he did not tell other people that he was doing this for his students. He didn’t want to attract attention to himself and he believes that doing good acts such as this should never involve making it about yourself.

When his colleagues and manager at Walmart found out what he had been doing to help the students, they were touched and shocked by the lengths this man went to for other people. They wanted to do something extra kind for him, in the name of continuing the work to help his students. At a gathering with many of Mr. Darby’s students present, his manager from Walmart gave him a gift hidden by a bag. Inside the bag was a check for $50,000, paid to the order of North Charleston High School. All of that money is now going to go towards helping the students and their families of North Charleston High School, and it’s a pretty incredible gift.

Mr. Darby is just one example of an educator whose work doesn’t stop when the school bell rings. Even after receiving this large check from Walmart, he still plans to continue working at Walmart and raising more money for his students. While Henry Darby’s actions are above and beyond in terms of helpfulness, teachers everywhere do work to help support their students outside of the classroom all the time. It’s nice to see one educator’s hard work paying off and being supported like this.

Dawn Marie Grimando – This is awesome! What an incredible human being!!!

Juanita Carter – Where are the Ellen’s and Oprah’s, Beyonce’ Jay Z, when students need this kind of help? ijs

Joan Baker – Hopefully he was able to get Walmart to make a school donation …One extra special man right here…God Bless him..

Patsy Murphy – I have to thank him for caring so much for those who need help. Thank you!

This Article Was First Published on shareably.net