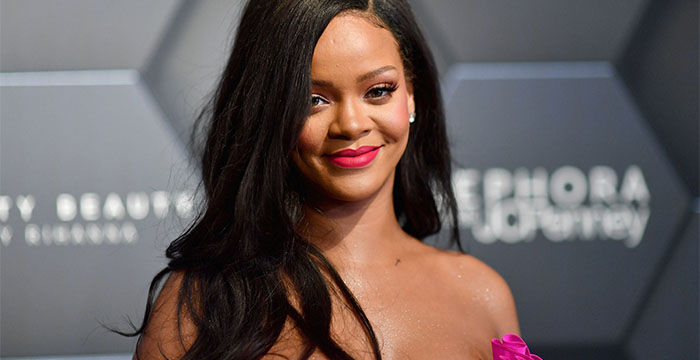 It looks like Rihanna has officially joined the Billionaire Club. Forbes announced that the mogul is now worth an estimated $1.7 billion thanks to her many business ventures, including her Fenty Beauty empire. According to Forbes, with her new billionaire status, Rihanna has become the wealthiest female musician in the world and second richest female entertainer, as she follows behind Oprah Winfrey.

Forbes bro-ke down her billionaire fortune and reports that an estimated $1.4 billion comes from her Fenty Beauty line, while Savage X Fenty is worth an estimated $270 million, and the rest of her fortune comes from her music and acting career. With her brands continuing to grow by the day, many fans seem to request one important thing from Rihanna, and that is the follow-up album to her 2016 album “Anti.” There have been various occasions where the mogul has made it pretty clear that she has been in the studio working on new music, that she plans to drop soon.

However, it seems like the wait for new music is going to have to continue as she proceeds to add on to her empire. Recently Rihanna shared that her beauty empire is only expanding as she gears up to release “FENTY PARFUM.” She announced that the fragrance will be making its way to shelves on August 10th. The release of the fragrance will be yet another layer to her ever-growing beauty empire.

As we previously reported, back in February, it was reported that Rihanna’s Savage X Fenty brand had officially crossed over into being valued at $1 billion. Congrats to Rihanna on all of her success, and we’re sure the expansion of her empire will continue to have her supporters spend their coins on her products.

Sanelisiwe – This is truly the definition of self-made. there was an interview back when she was young – she said she wanted to become the next Jay-Z-like billionaire. funny enough, none of her long-term goals included music. I bet no one believed her

Janine – I remember when Rihanna almost got bankrupt in 2009 and fast forward now in 2021 she’s a whole self-made BILLIONAIRE I mean that’s crazy. A very inspiring woman and a great role model I would say, she deserved everything she has right now and no one can say otherwise

Sarah Halifax – So proud of Rihanna even though she doesn’t know me. This woman came from nothing and now look at her. And despite all these, she has remained humble, so close to her family and she helps people a lot, has her foundation and donates millions to help others. She’s dope.

Meg – Maybe she could start some companies that employ and teach blacks to be more Iike her. She could be the first black person to help other blacks to succeed in life.