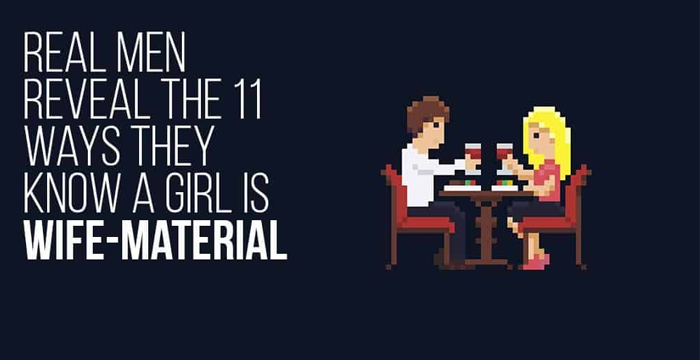 If you’re wondering why your man still hasn’t gotten down on one knee to tie the knot with you, there are really a lot of reasons as to why that could be so. For one, maybe he’s not so serious about your relationship yet. Perhaps, it’s going to take him some time to get himself emotionally ready. Another possible reason as to why he hasn’t proposed to you yet is that he’s still trying get himself financially ready. Maybe he doesn’t have the money to buy a ring and start a family yet. You can’t really fault him for that. Or maybe… the problem isn’t with him. Maybe the problem is with you.

You shouldn’t be so naïve and so proud to think that you are a perfect lady. You have your own faults and imperfections. That’s normal. That’s part of being human. However, you should always be making a conscious effort to improve and develop yourself. You always want to be striving to be the best possible version of yourself. And sometimes, you can be blind to your own shortcomings – and perhaps that’s why your man doesn’t want to marry you just yet.

1. You don’t act withholding of your love and your affection.

2. You have a natural curiosity about you.

Men are always attracted to women who are healthily curious. If you have a natural curiosity about you, it shows that you have a genuine willingness to learn. It proves that you are never content and that you always want to grow as a human being.

3. You don’t make him feel like you want him to change who he is.

You always accept him for who he truly is. You never compel him to change his essence. You never force him to act like another person. You always push him to just be himself.

4. You have a great sense of humor.

This isn’t to say that men like to perpetuate the stereotype of girls staying in the kitchen. But cooking is a sign of a woman’s ability to take care of her man and her future family. If you know how to cook, then it shows him that he can rely on you in the future.

6. You challenge him to be a better man.

If you make him a better person overall, then he’s definitely going to grow attracted to you. He’s always going to express an interest in a woman who is going to push him to be the best possible version of himself; a girl who never allows him to settle.

7. You make an effort to get closer to him.

You always do your part in trying to get close to him; to be inti-mate with him. You always want to build on the bond that you have as a couple.

8. You live a strong and independent life.

Men always like women who exude strength and independence. When you show him that you are able to live your own life, then you are also proving to him that you are capable of taking care of yourself; that you don’t have to rely on him too much.

9. You treat him with respect.

Respect is of the essence in any kind of relationship; and unless you have a strong foundation of respect in your relationship, you’re never going to be able to make things work.

10. You stay honest with him about who you are.

You never make him feel like you are acting fake. You are always presenting yourself as true. You always show him your true colors because you never want him to feel like he should be second-guessing who you are and how you act.

11. You practice maximum patience with him.

You understand that he’s a human being who has mistakes of his own; and you never make him feel bad about it. You always stay patient and understanding with him. You always try to reassure him that you never hold his faults against him.

Selena Rose – That’s not fair to assume you’re only wifey material if you can cook, clean and have kids. Some people CANT have kids, and dudes should be raised to cook and clean after THEMSELVES it’s called being responsible smh.

Deborah Sparks – All my men thought I was wifey material but I didn’t feel any of them were fit to be my husband.

LoveMe – Wife material means, is a woman that a man wants to take home. It is someone that he wants to be serious with but it really depends on a man actually.