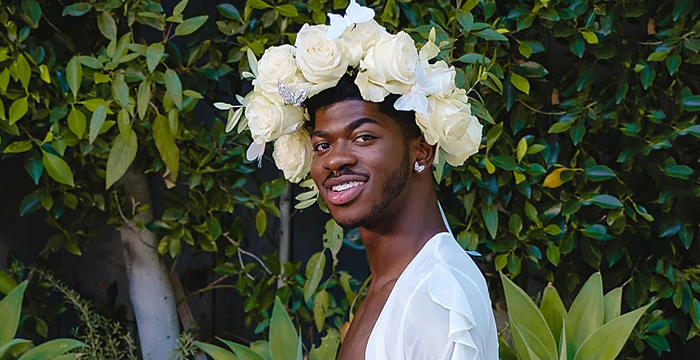 Lil Nas X is up to his antics again as the rapper gets closer to his ‘MONTERO’ album release on September 17. The album hasn’t been released yet, and it’s already eligible for gold, with over 500,000 units sold to date. Despite ‘MONTERO’ already being a massive success, the rapper is upping the antics with promo just in time for it’s release. Last week, the Lil Nas X took Drake’s Certified Lover Boy album cover, which included multiple pregnant women, and created a version featuring a group of men with bellies.

Earlier this morning, the rapper took to Twitter to inform fans he has a big announcement soon. The tweet was followed by an image of a sonogram announcing the official ‘MONTERO’ website.

Although the sonogram tweet caught the attention of many, it was the follow-up tweet that drew the most attention after the rapper appeared pregnant, announcing his little bundle of joy, “MONTERO” is due September 17, 2021.

SURPRISE! I can’t believe i’m finally announcing this. My little bundle of joy “MONTERO” is due September 17, 2021 ??? pic.twitter.com/dry8lAhpPr

“SURPRISE! I can’t believe i’m finally announcing this. My little bundle of joy “MONTERO” is due September 17, 2021,” Lil Nas X tweeted. Many fans found the image disrespectful, claiming the rapper is ‘attention seeking’ and getting annoying at this point. One follower, in particular, received a response from Lil Nas X after judging the rapper. “I really tired of lil nas… his ugly to much… roach.” Which the rapper replied, you really on her calling a young mother to be unattractive?”

The rapper followed up by announcing he’s having a baby shower this Sunday and uploaded a TikTok video where he appeared pregnant. Despite the lack of support from the ‘black musician community,’ Lil Nas X album has appearances from Megan Thee Stallion, Elton John, Miley Cyrus, and Doja Cat. Will you be streaming Lil Nas X’s new album when it’s released on September 17th?

LaShaye Tucker – This is what you do when you don’t have real talent. A gimmick. Smh

Roc William – This nigga crying for attention. I guess when your music is trash af you have to do shit like this.

Sharon Rhodes – I glanced at the headline, couldn’t get any further. How did he get pregnant? All this time he’s been impressinating a woman? Lil boy, take a nap, he’s obviously sleepy. Maybe when he wakes up, he’ll then realize that he’s a male.