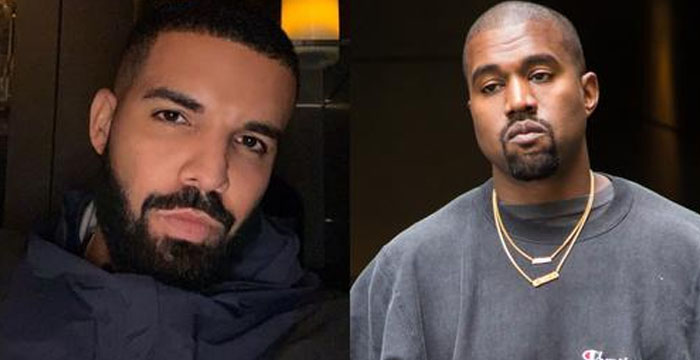 Kanye West responded to Drake’s diss by posting a screenshot of a text the rapper sent to a group of eight individuals (potentially including Drake). In the message, Kanye West shared an image of the Joker, stating, “I live for this.

I’ve been f-ked with by nerd a-s jock ns like you my whole life. You will never recover. I promise you.” Now it looks like Kanye West wasn’t done and is out to de-stroy the Canadian rapper after posting his home address across Instagram after midnight.

Many consider this a low point for Kanye West, citing Pop Sm-ke was k-l-led for a similar situation – after acci-dentally sharing his address on social media. Others are defending Kanye West’s wreckless actions by stating Drake’s home address is public information.

Sheryl Embler – That is a juvenile prank and he needs to held accountable. Sounds like maybe he needs a conservator.

Trevor Thompson – This is where these two so called Men. Sit down and talk. There’s more important things going on right now. And there’s two need to step up and be REAL Men. This is so Childish Shit!

Jaymie Renee – This is why mentally ill people need to be stabilized on medication. No one in their right state of mind would do something like this. His instability is why his wife is leaving him. He has just proven that he is a threat to himself and others and should be placed on an involuntary hold and forcibly medicated. As someone with these issues I know how dang-rous it is for someone like this to be in the state of mind he is in.