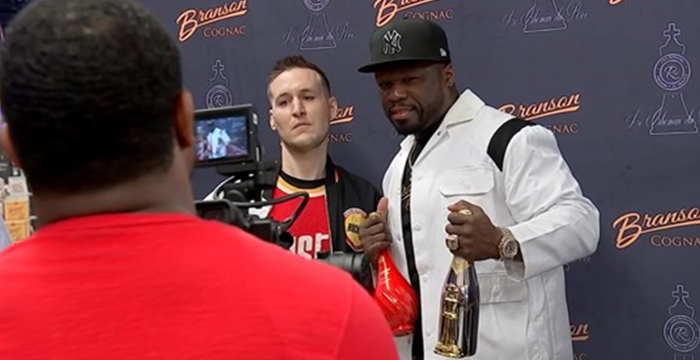 Rapper and businessman Curtis “50 Cent” Jackson will be at several liquor stores in the Houston-area for the next four days meeting with fans and promoting his new line of Le Chemin du Roi champagnes and his Branson cognac. The rapper, known for hits like “In Da Club”, “21 Questions” and “Candy Shop” will be signing bottles and posing for pictures.

During the following week, the rapper will do two more meet-and-greets to close out his promotional campaign through the Houston-area. From 4 p.m. to 6 p.m.

Monday he will be at the Ralston’s Discount Liquor store located at 3013 North Main St. in Stafford and from 4 p.m. to 6 p.m.

Tuesday he will be at the Spec’s located at 11990 Westheimer Road. Jackson’s first stop through Texas was at a Spec’s in Sugar Land Thursday afternoon.

This Article Was First Published On click2houston.com