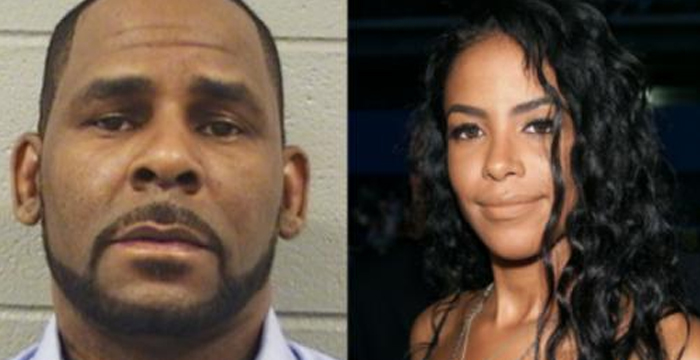 The first two weeks of R&B Singer R. Kelly’s s-x case trial have left many people confused, sh-cked, and highly emotional after hearing some of the most damning truth. One of the most sho-cking claims (so far) has been late R&B singer Aaliyah being pregnant for the R&B singer at 15. According to NYTimes, prosecutors plan to argue R. Kelly, 27 believed R&B Singer Aaliyah was pregnant with his child, which led him and his team to bribe an Illinois government employee to create a fake ID for Aaliyah, so the singer could be listed 18 on their marriage license.

During an interview with VLAD, R. Kelly’s ex, Lisa Van Allen, actually revealed these claims back in 2019. In the 2019 interview, Lisa claimed Aaliyah was indeed pregnant when she married R. Kelly, and her age was adjusted from 15 to 18 on the marriage certificate. “The reason [Kelly and Aaliyah] got married was because they felt like if he was married to her and if he said he thought she was 18, that he wouldn’t be charged if someone found out she was pregnant until they were able to get the abo-r-tion and get [the marriage] annulled,” Allen revealed.

More interesting was Lisa Van Allen claiming R. Kelly told her Aaliyah’s mother was s-xu-ally att-rac-ted to him and he would engage in acts with her mother “He actually stayed at their home in Detroit, and her mother actually was attracted to him as well,” Allen said. “When Aaliyah went to sleep, he would go in the living room, and him and her would do s-xual acts on the couch while Aaliyah was sleep in the room.”

With more details surrounding R. Kelly and Aaliyah’s relationship revealed during this trial, Aaliyah’s uncle Barry Hankerson recently spoke out on R. Kelly’s charge ab-use and relationship with his niece during an interview on The Rickey Smiley Morning Show. “To be very honest with you, of course, I was upset. I had to really, really consider what my actions would be,” Hankerson shared. “And really I found out, I wasn’t a hardcore lawbreaker. I couldn’t k-ll nobody. So, I took it, I’m a Muslim, and I went to Minster Farrakhan and we just prayed about it, resolved ourselves to let God handle him. I think that’s what’s going on. Ain’t no sense in two lives getting des-tr-oyed.”

Odessa King – R”needs some series medical Health,i don’t like going against my brothers but R Kelly is si-ck and we all need to face this too much evidence against him to look the other way,what were this man thinking when he knew how bad we are treated in the system

Brea Blount – Actually this isn’t new….this had been said before but was swept under the rug

Añwana Umoren – Either he like young girls or he doesn’t, which one is it. Aaliyah’s mother wouldn’t have been in the age range of women he is charge of messing with

Roxanne McConahy – Aliyah is so pretty!! And very talented!! She was always one of my favorites