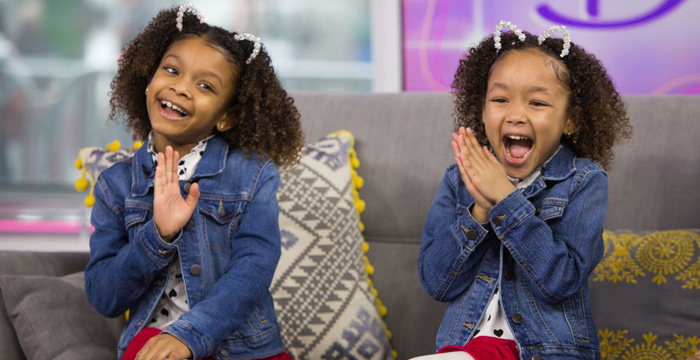 We’ve been fans of Dani and Dannah Lane since they first went viral several years ago, thanks to a social media clip of the two sisters, who are just a year apart in age, as they discussed then five-year-old Dannah’s “boyfriend” breaking up with her after proposing.

It’s been a long journey since that clip set in motion a greater plan for the pair, who have been guests on huge talk shows like “Today” and “The Ellen Show.” The sisters careers are really taking off now after being cast on NBC’s new show “Kenan” which is coming soon on NBC.

This week they debuted their new music video for their song “Happy Birthday” which we’re excited to premiere exclusively here on BOSSIP. Check it out below: How incredible was that? They are so adorable and such pros at 10-years-old and 9-years-old.

We had the opportunity to chop it up with Dani and Dannah and have to speak on how incredibly poised they are. These two are definitely ready for their spotlight.

This Article Was First Published on bossip.com