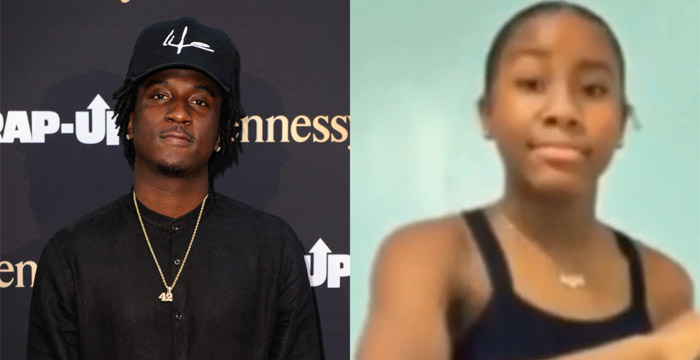 Imagine being the creator of a whole famous movement and never getting the credit for it Its safe to say that happens to a lot of people, and 14 year old Jalaiah Harmon knows all about it. She is the original creator of the ‘Renegade’ dance that errrrbody and their mama is doing on the innanetss, and it is about time people put some respeck on her name Jalaiah created and posted the dance with her friend on Sept. 25th 2019,.

And soon after, the dance took off with celebrities and influencers posting it no credit to her.

“I was happy when I saw my dance all over,” she said. “But I wanted credit for it.” “I posted on Instagram and it got about 13,000 views, and people started doing it over and over again,” Jalaiah added .TikTok user @global.jones then posted her choreography switching a few moves at the end and it took off from there. People even associated dancer and influencer Charli D’Amelio with the dance as she made it even more popular.

Jalaiah shares that she would comment under the posts of influencers and other people doing the dance for credit, but no one paid her attention. Some may say ‘iTs jUsT a dAnCe”, however in 2020, such a famous movement could present so many opportunities for a young black girl. Look at people like Shiggy and the Backpack Kid who also created popular dances but imma mind my business.

Jalaiah is actually a trained dancer who takes pop, ballet, lyrical, jazz, and tap classes at her Atlanta dance studio., Charlie D’Amelio, the girl who people associate the renegade dance with, apparently said that she’s happy to now know who the creator of the dance is, and is open to collaborating with her.

K Camp, the creator of the song ‘Lottery’ that happens to be the soundtrack to the popular dance, made sure to show Jalaiah some love too Hopefully things turn around for Jalaiah as people continue to learn where the dance originated.

This Article Was First Published On theshaderoom.com