Oprah Hosts White Guilt Session: All Whites Benefit From ‘Whiteness’… ‘Gives You An Advantage No Matter What’ 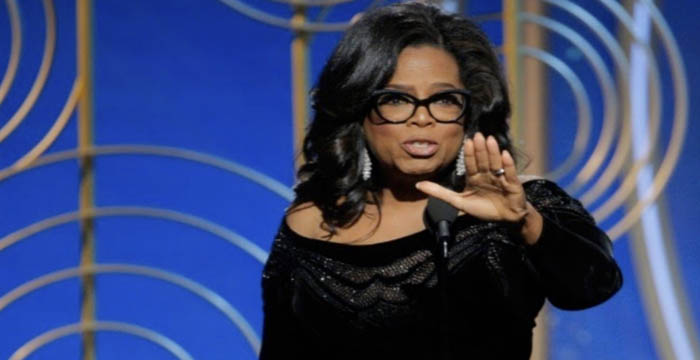 During an episode of her TV series, “The Oprah Conversation,” Oprah Winfrey claimed that white people alongside “whiteness” and “white privilege” receive benefits in the “caste system” of America, according to Breitbart News. The episode, titled, “Uncomfortable Conversations with a Black Man: Part 1” featured former NFL linebacker Emmanuel Acho, and the two discussed “ra-cism,” “white privilege,” and “whiteness.” Oprah praised her white guests for charging themselves of being “ra-cist.”

The billionaire said, “There are white people who are not as powerful as the system of white people — the caste system that’s been put in place — but they still, no matter where they are on the rung, or the ladder of success, they still have their whiteness.”

“[Whites have a] leg up. You still have your whiteness. That’s what the term “white privilege” is. It means that whiteness still gives you an advantage, no matter.”

“It is the fundamental issue,” declared Oprah of ra-cial assumptions.

The Wrinkle in Time star invited Seth, a self-described Jewish man from Manhattan, New York, to describe his “awakening” to his own “ra-cist” self.

“You’ve become ‘woke’ during this period, and realized in that awakening that you are ra-cist, right?” asked Oprah. “I just want to know how that happened.”

Seth replied, “I was born in the 70s. I was born and raised in Manhattan. I’ve always considered myself to be liberal. Now I’m not only a friend of people of color but also an advocate for [them], but this this movement over the last month has been powerful.”

“Here’s what I told my friends with their white children.”

“I said, ‘Y’all live in a white cul-de-sac, in a white neighborhood, in a white city, in a white state. If you were not careful. your children will live their whole life white, and at [the ages of] 26, 27, they’ll end up being a part of the problem, because you just let them and allowed them to live a completely white, sheltered, and culture-less life.’”

Let’s see how people reacted to this:

Barbara Marshall: “Shame on you, Oprah! No one, not even the rich and powerful such as yourself, gets to choose the color of their skin. We play the “hand” we are dealt. Some make good choices. Some don’t. Some make their own “good luck” through hard work and perseverance and others don’t. You have no right to guilt anyone.”

Barb Drake: “Let’s get rid of Affirmative Action and and EEOC because they don’t work according to Oprah. 50 years they have been in place. The playing field was slanted in their favor and it’s still not good enough. Ok then It’s time we level the Playing field. No privileges or extra points for minorities.“

Bea Price: “Oprah has and continues to benefit greatly from her predominantly white audiences. She bears the weight of whiteness as well.”

Kay Bailess Altom: “So my question is Oprah considered a Black Privileged person? Isn’t the word used to represent those who have more than others? It’s time for people to take responsibility for their own lives and well being. Perhaps she needs to take her gates down, open her pocketbook and share with all those who don’t have her PRIVILEGE!“

Eugenia Clements: “We were born as God’s children…we can no more help nor apologize for our color than you can yours, Oprah. Be thankful that God loves you and that you are an important part of His plan. Oprah has had many advantages that most people white or black will ever have. Yes, she has worked hard for what she has accomplished, but the rest of us have worked just as hard for what we have, and I, for one, refuse to apologize for anything, except to my Lord, for any transgression I may have committed. There are probably as many hungry white children as there are hungry black children. Come visit MacDowell county in West Virginia and you will see poverty as well as great pride.“

This Article Was Originally Published On chicksonright.com