NBA Star Stephen Curry’s Parents Steph & Sonya Curry File Divorce After Both Caught Cheating On Each Other, According To Both Individual Claims – Video 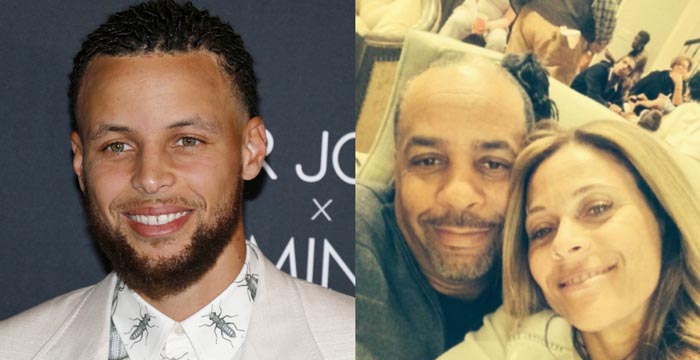 First came love. Then came 33 years of marriage. Then came 3 babies in baby carriages, two of which would end up being superstar NBA players. But, it’s now being reported that the next phase for Steph and Seth Curry‘s parents in their relationship, is divorce. Sonya Curry, an educator, and Dell Curry, a retired NBA player who played for the Charlotte Hornets, married in 1988. The couple first met on Virginia Tech’s campus before eventually falling in love and joining in holy matrimony. The Curry’s would often be heralded by media outlets for the support of their superstar children.

Sonya and Dell were regular courtside seat holders during Warriors or 76ers games where both Steph and Seth play, respectively. It appears that the days of the couple attending the games together seem to be over, now. TMZ Sports reports that 55-year-old Sonya Curry filed paperwork to begin divorce proceedings from her 57-year-old estranged husband. The Curry’s offered a statement to PEOPLE of the divorce. “After exploring a trial separation over the past year and much thoughtful consideration, we have decided to end our marriage.-

As this comes with a great deal of sadness, our focus and desire is for our family’s continued happiness. We are so thankful for all the many blessings and successes! We stay committed to and supportive of our children and grandchildren and will remain on connected paths. We ask that our privacy be respected and prayer for our family as we move forward.” As for the reason, both parties are painting in court documents that the other was unfaithful. TMZ Sports states that Sonya accuses Dell of having multiple “extramarital affairs”. Dell, on the other hand, accuses Sonya of having another relationship whilst they were still married.

According to Sonya, she is dating someone else, but this relationship did not start until months after their separation. Sonya also claims that Dell’s affairs were well known to family and friends. Initially wanting to keep it private, Sonya attempted “in one final act of trying to protect [Dell] and family from possible public exposure and scrutiny.” With Dell’s claim running rampant, Sonya felt it necessary to open the floodgates. Here’s hoping that all will work out for both parties in the end.

Yannick Mukendi – I hope Steph Curry is taking notes on how his mom is moving, Ayesha been given him all the SIGNS that she wants out.

Gabriel Joseph Koomson – Props to Kevin Durant for not marrying or having kids during his Career. I love the answer he gave about that when Draymond interviewed him recently.

Paul Bunyan – No one can stop her from leaving. That’s her right. My problem is how society keeps pushing marriage on single men and trying to tell us how wonderful modern marriage is.

Trevor Cunningham – Just sad all around. I hope things get better for both of them even if it means going in opposite directions. Peace of mind is very important.