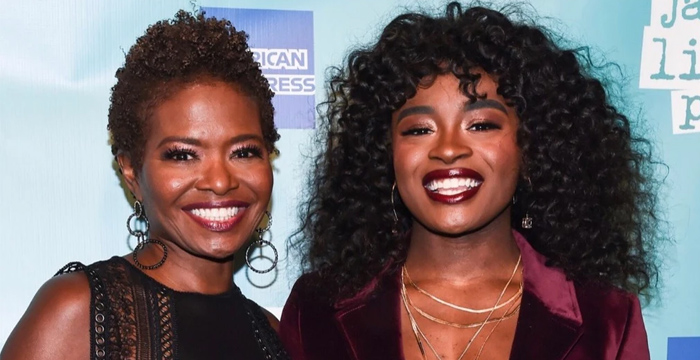 A Tony Award winner and her teenage daughter are making history on Broadway.
LaChanze, known for her role in Broadway’s “The Color Purple,” and her daughter Celia Rose Gooding are the first black mother and daughter duo to perform on Broadway at the same time. LaChanze is starring in the classic “A Christmas Carol.”

And Gooding, 19, has a lead role in the new Broadway play “Jagged Little Pill.”The mom and daughter combo were both interviewed on the “TODAY” show on Christmas Eve by Craig Melvin. LaChanze said watching her daughter succeed on Broadway has been an honor.“This is my daughter who is up there on that stage,” she told Melvin. “She’s handling, she’s managing it.

She’s knocking it out of the park.”Gooding said her mom inspired her to perform on Broadway when she was 3 years old. LaChanze has been in the theater business for 33 years.“It was watching your Tony Award speech,” Gooding said on why she wanted to perform.

“There was a joy on my mom’s face I said I want to do that.”LaChanze had doubts about her daughter acting because the business can be disappointing and bring much “heartache.” However, her talent was “undeniable.”The duo said being the first African American mother/daughter on Broadway has been humbling.

Many other black families have performed on Broadway, but being in leading roles at the same time meant a lot, LaChanze said. “It’s thrilling,” LaChanze said. “It’s a huge honor, and we’re very impressed and very proud that it’s us.”See their interview with “TODAY” below.

This Article Was First Published On ajc.com