‘I Miss Him’: Mike Tyson Sheds Tears, Says He Feels Like He’s ‘Nothing’ Without Boxing – Video 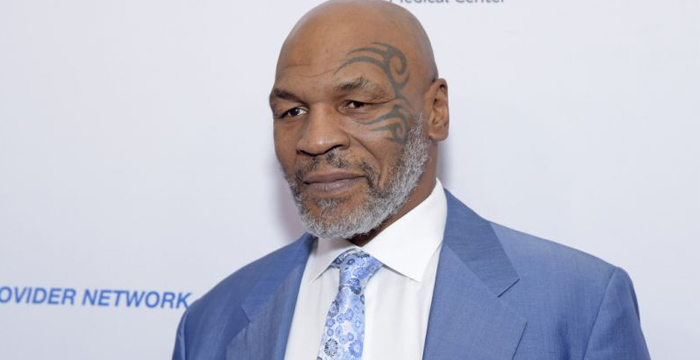 Sugar Ray Leonard was a recent guest on the “Hotboxin’ with Mike Tyson” podcast, where Tyson talked about his post struggling days. Tyson became emotional at the 10:44 mark of the discussion, after Leonard said he was able to leave boxing relatively unwounded. Leonard also talked about overcoming substance and drink. Mike Tyson recently said he feels empty without boxing.

“It’s beautiful you’ve come to this place in your life,” said Tyson with a tear streaming down his face. “I know the art of argue, I know the art of dispute, that’s all I ever studied,” he said a few minutes later. “That’s why they feared me when I was in the ring. I was an annihilator. It’s all I was born for. Now those days are gone, it’s empty, I’m nothing. I’m working on the art of humbleness.” “That’s the reason I’m crying, ’cause I’m not that person no more, and I miss him,” added Tyson.

“Because sometimes I feel like, because I don’t want that person to come out, because if he comes out underworld will come with him. I hate that guy. I’m scared of him.” Tyson then said that he’s able to relate to Leonard’s story, because they have similar boxing backgrounds, and both come from tough upbringings.

A lot of people said they were touched after the conversation was posted to YouTube, and many gave Tyson credit for showing so much vulnerability. “People don’t realize that this is therapy for Mike,” someone wrote. “The bravest men cry & Mike Tyson is 1 of the bravest,” another person stated. “A man who doesn’t show emotions or cry is a waste of space.”

“Mike Tyson is a better man than he ever was as a boxer,” a third comment read. “Evolution is such a beautiful thing.” “Mike tyson is transforming into a jedi before us,” a fourth person wrote. Tyson’s first professional struggle was on March 6, 1985, and his last was on June 11, 2005.

This Article Was First Published On atlantablackstar.com