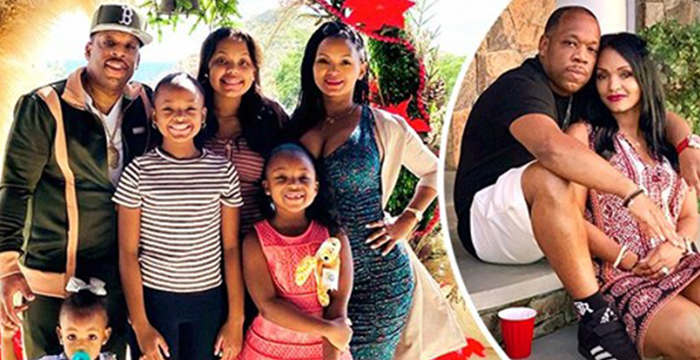 Mike Bivins is no longer the young adult from the music scene of the 1990s. Today, he is a family man with four adorable daughters. Mike Bivins is a member of the famous boy band, “New Edition,” which rocked the R&B music scene back in the 1990s as a group. Bivins, though, has another side to him that many don’t know.

These days he’s focused on being a proud father of four and his longtime partner, Teasha Bivins ‘ loving husband. Teasha Bivins loves to share pictures of her family with her followers and thus her fans know how gracefully the couple is ageing and the bond they share with their kids.

On one of her photos, Mike Bivins appeared in an enchanting landscape with his family-of-six and fans gushed uncontrollably about his daughters. In another story, as they posed for the camera Mike and Teasha share a loving moment. The music star looked ever-young while his beautiful wife looked equally radiant.

Bivins and his wife celebrated 13 years of marital bliss in October 2019, as reported by Icecream Convos, and the crooner “Can You Stand The Rain” took to his Instagram page to commemorate his anniversary heartily. Mike also shared a large collage of his family and wrote a heart melting message wishing happy anniversary to his lady love.

ILOSM reports that Bivins ‘ last appearance in the news was when his wife gave birth to their fourth child. The proud family man took to his Instagram page, where he proudly showed off his wife and new baby while informing fans about how beautiful the pair was. People committed to this as Teasha’s incredible snapback body was gushed around.