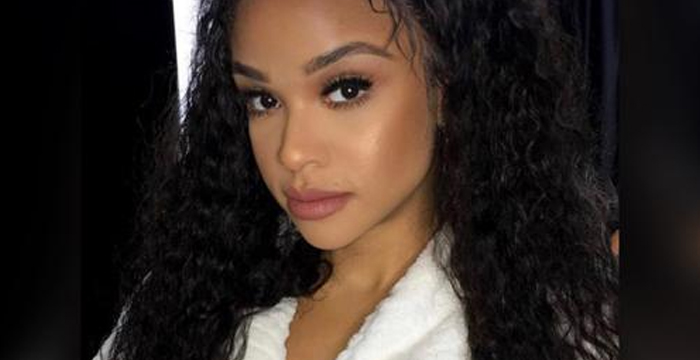 At a time where conversations about race relations and colorism have been frequent on social media, Masika Kalysha has a message for Black men about a “compliment” often heard in the Black community. Masika took to her Twitter to speak her truth, speaking to a phrase that may at one time have been considered a compliment but what many feel now is a question that contributes to colorism within the community.

Speaking directly to Black men, Masika let the fellas know that asking a Black woman if she’s mixed is not as flattering as people probably think. “Dear black men, when u see a black woman with curly hair and/or lighter skin ‘what r u mixed wit’ is not a compliment. It’s actually pretty fkn ignorant,” Masika tweeted.

Masika’s message is in line with the sentiments of those who feel a Black person doesn’t have to be mixed-race to be considered beautiful or exotic. It also speaks to similar sentiments that curly hair and lighter skin are features that aren’t necessarily exclusive to mixed-race people.

Masika’s tweet definitely sparked some debates on social media, with some agreeing with her and others, not so much. “Lol for real or being told ‘[you’re] really pretty for a dark skin girl’ like definitely not a complement,” one person tweeted Masika.

“Fr stop asking me if I’m mixed because my skin color or hair texture. that’s implying black ppl aren’t capable of having these types of things & that’s untrue. It’s insulting & to answer the question I’m mixed with black & blacker,” another woman tweeted. See what others had to say:

Because I said all Blk men in the world? Oh ok ? don’t be a drama king https://t.co/Ts4UEaRVuH

Kat Sj – As a dark skinned black women you have no idea how offensive it is to say that my natural blackness is not enough. To say the things you find beautiful on me have to come from another race it can’t purely be my blackness. I’ve been asked if I’m mixed with every race under the sun and when I explain just black people get almost offended and upset

Kirsti Thomas – She’s not wrong. I’ve had some men approach me the same way & I let them know- we don’t have to be “mixed” to be beautiful. That’s not the compliment they think it is. It’s pathetic honestly.

Thelovely MrsKia – Black people can identify as black, colored, or African American but at the end of the day we have droplets of other ethnicities in our DNA. Some traits are stronger than others, i.e. curly hair vs kinky hair. That is why Black people can bear children of different shades. I completely understand that it’s offensive to black women however, it’s unfortunately apart of our history.

Malik Shabazz – Historically in amerikkka, black people were only considered ‘better’ if they were mulattos. So I definitely see where she was coming from. Especially now when black people using lightening creams is a thing now