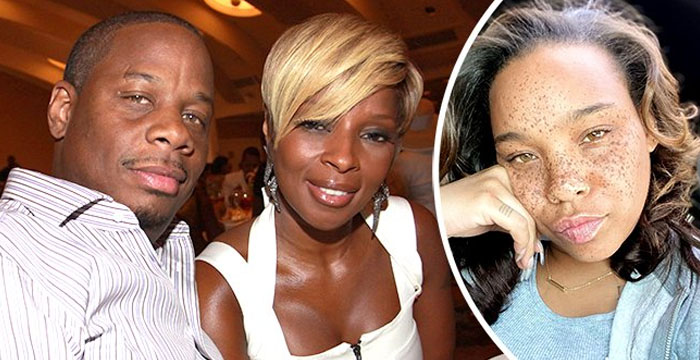 Briana Latrise published a letter to her estranged father on social media to express her disappointment and sad. She shared a picture of herself and her father Kendu Isaacs, who was previously married to Mary J. Blige. The Growing Up Hip Hop star lashed out at him in the attached caption. The entertainer expressed pain and resentment towards her father who failed to be a strong presence in her life. According to Latrise, he prioritized his se-ual wiles and financial ambition over their relationship.

“YOU’RE garbage. Raven told me to stop with you, my mom said it, just about every friend I ever has…because dealing with you in any capacity leaves me broken. You put pus-s-ies and paper before your own child! But invited me for appearances Lol.

Ur a b-m!” She continues with comparisons her current state to that of a traum=atized, feral animal. Latrise says her being left to fend for herself without the support of family has left her feeling before concluding her message with, “Fk you, dirtbag.”

Mary J. Blige had ended her marriage with Isaacs after learning he had been disloyal by having an affair with one of her friends. He is said to have spent at least $420,000 on taking vacations with his mistress.

Da little thingz – She keeps talking about Mary because she misses and loves her, Mary was the one person in her life who loved and did not judge her

Katty – You can still hear the hurt in her voice, and the smiles and laughter are covering up that hurt. Brianna is very intelligent, and I hope and pray that she works on herself and gets to a better place in life.

DEAR DESHIE – I love how she is so respectful towards Mary, she had nothing bad to say about her whatsoever. Love it.

Sakeenah Jay – I understand her so much more after today smh especially after finding out she’s a Leo as well. We are the kind of people that you Love or Hate lol there’s no in between. We have strong personalities that most people love to be around, but there are some people who simply can’t handle how we move !!! I always liked Bring anyway, but this definitely confirms why I like her.

This Article Was First Published on hotnewhiphop.com