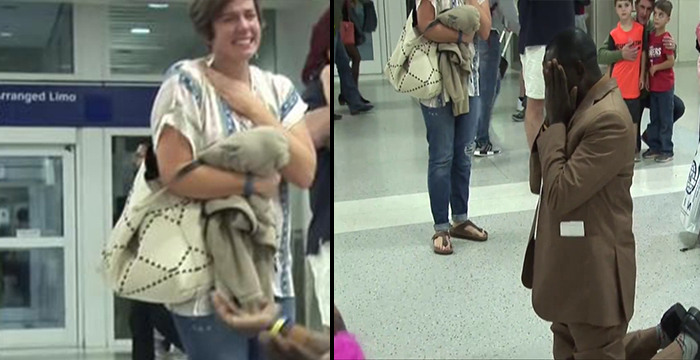 Could you imagine being torn from your family Could you imagine being separated from your family after experiencing some of the most terrible things that happen every day in overseas countries and villages That’s what happened to Dyan. He and his family fled the village they called home for all of their lives to come to the United States to look for a better life for him and his wife, Alik. Their village in Sudan was ware torn. Dyan and Alik first set out to make it to a refugee camp in Africa.

According to The North Hill Organization, tragedy struck when the couple was separated amidst all the chaos at the refugee camps. Dyan was completely separated from Alik and the couple’s children. What makes matters worse is that all of the chaos all evidence of their marriage that would keep Dyan with his family was ruin ..

Alik was pregnant at the time with their third child. She was processed at the refugee camp as a single mother of two. With no record of his family, Dyan was listed as a single man when he was processed. Single men general go to the bottom of the list of people chosen to be taken to the United States to resettle.

Meanwhile, Alik and her children went to Fort Worth, Texas and the family had no idea if they would ever see Dyan again. It was in Fort Worth that the family met Molly and Mary Claire. The two moms were volunteering at a refugee agency called Catholic Charities.

The two American moms felt an immediate connection to Alik and her family and were even there when she gave birth. Dyan was still in the refugee camp, wondering if he would ever see his family again.

His youngest child was now 3 years old and Dyan had never met him. Molly and Marie Claire argued hard to reunite the family, even speaking with politicians and immigration attorneys.

Finally, four years after Dyan was separated from his family, he was reunited with them in an incredible reunion at the Dallas/Fort Worth Airport. Dyan immediately fell to his knees when he saw his family, overwhelmed with joy.

Ms. Monique Brown – That the man would get on his knees in the middle of the airport to stop to give God the glory is EVERYTHING to me right now.

Sammy – I love how he gets off the plane and before he leaves the airport, his knees hit the ground and his hands raise in praise of his God.

lynette h – oh my gosh! tears running down face! I pray those two Good Samaritan women who never gave up be blessed beyond words.