Kobe & Vanessa Bryant Had Dreams Of Having A Fifth Child 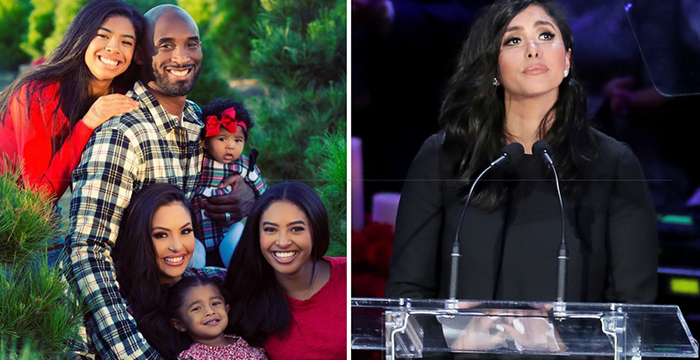 The late NBA star and his wife Vanessa Bryant were hoping that they would try to have a fifth child. Speaking to Extra last year in March, Kobe revealed that his wife was craving for a baby boy. He said that Vanessa desired a boy more than he did. He added that he was contented with his girls and they made him happy.

Kobe also shared their family dream of getting their fifth child during an interview on The Ellen DeGeneres Show. He said that Vanessa was pressurizing him to try for a fifth child with the hopes that it would be a boy. When he was asked during the show how many children he would like to have, he said he would be contented with five. He joked that he would be having his basketball team.

According to extratv.com, the Bryant family was hoping to welcome a boy in the near future. Vanessa had told the late Kobe that since he had given her only girls, maybe he could try to give her a boy. However, this dream is likely to remain just that because of the tragic plane crash at Calabasas California that took Kobe’s life and his 13-year-old daughter Gianna as well as seven other people who were inside the private helicopter. Vanessa has three daughters Natalia 17, Bianka 3, and Capri who is 10 months old.

Although the NBA legend had retired from playing basketball, he was Gigi’s all-time coach. Before he met that incident, Kobe was going to coach Gigi’s Lady Mambas basketball team. Gigi was passionate about basketball and she had followed the steps of her father in matters basketball. Kobe had revealed that Gigi had dreams of playing basketball at UCONN. Kobe wrote “The Wizenard Series” a training camp book and he said that his daughters played a big role in the writing of the book.

The book was inspired by Kobe’s life experiences, his fears, struggles and how he was able to conquer them. Harry Potter and Mary Poppins also motivated him to write the book. According to the preliminary report that was released, the helicopter crashed because of a thick fog that gave the pilot poor visibility. However, it is believed that the helicopter was a few seconds away from getting into a clearer part of the clouds. The Lakers show the sorrow to the superstar and his memorial service was held at Staples Center in LA.

This Article Was First Published On moms.com