Kindergarten Teacher Donates Her Kidney To The Mom of A Former Student: ‘God’s Got Us’ – Video 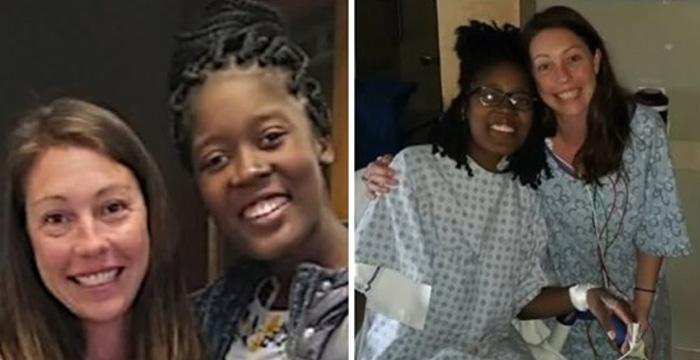 Tracy drayton and pam oast were all smiles during an interview just days after a kidney transplant.“god is good. I tell pam all the time she is my angel on earth,” drayton said. Oast is the former kindergarten teacher of drayton’s daughter, jada, and quickly became embraced as a family friend.

Fox8 began following their journey in november when oast learned she was a match to donate a kidney to drayton. The treatment was initially scheduled for january, but medical setbacks delayed the procedure.

“my vital fluid pressure, then her hemoglobin, and every time we told each other ‘god’s got us.’ we’re going to do this no matter what in his time, and it’s going to be perfect, and lo and behold it was,” oast said.

Drayton and oast had otp in pittsburgh on march 5. Drayton says her daughter is already excited about the future.

“She’s just so happy. She really is. She can’t wait for me to come back home,” she said. Both women hope their story will encourage others to consider organ donation.

This Article Was First Published On myfox8.com