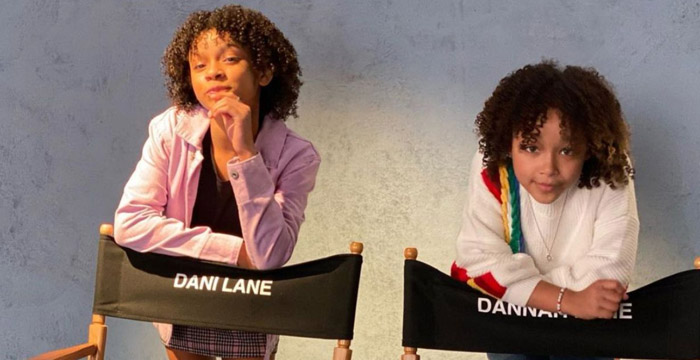 Dani and Dannah Lane play Kenan Thompson’s daughters on the SATURDAY NIGHT alum’s new NBC show that premiered this week. They’re also passionate Christians who led their Instagram followers in Scripture memorization and devotionals. The sisters post the devotionals with the hashtag #MakeJesusFamous.

“Remember every day is a gift that’s why it’s called The Present! Don’t let the worries of the past or the now steal your present! Push through the negative thoughts and the negativity that you may see around you! Your circumstances don’t define you and all that God has in store for you! Remember God is a rewarder of those who diligently seek him! It’s never to late to START SEEKING!!!” they say in one devotional post.

“No matter how long it may take God isn’t going to go back on his word! PERSEVERE Y’all ready? LETS GOOOOO,” they write in another.

The sisters also sell merchandise with the message, “Call Jesus” printed on T-shirts and hoodies. The Lane girls appeared in BROOKLYN NINE-NINE as the daughters of former Movieguide® Awards host Terry Crews. Watch some of their scripture and devotional videos below.

A post shared by Dani and Dannah Lane (@danianddannah)

This Article Was First Published on movieguide.org