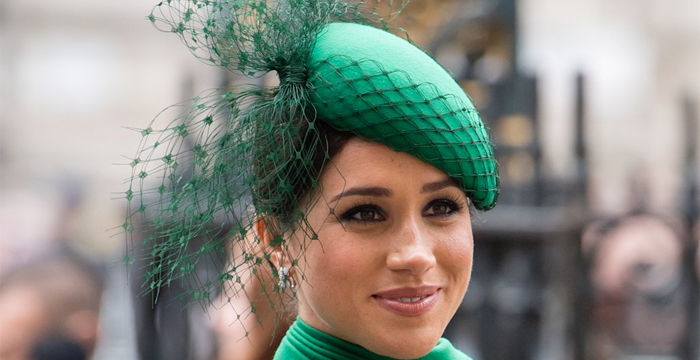 Meghan Markle has been constantly commented by the British press ever since she began dating Prince Harry. However, since her and her husband’s split from the royal family, she’s been under intensified unfair heat from the tabloids. A British journalist appeared on MSNBC Live on Saturday (March 7).

And openly said on air that “many people” consider the Duchess of Sussex to be only “five clicks up from trailer trash.”

That reporter’s name is Victoria Mather and she believes that the couple has shown “disrespect” to royal family protocol.

How can you praise the Queen as being the most respected woman in the world and disrespect the Queen at the same time when you call her grandson’s wife trailer trash. Like it or not when you insult Meghan you insult the entire Royal Family. An apology is in Due. #VictoriaMather

“I think what has really, really upset the British public is that Meghan Markle, who many people consider as only, you know, five clicks up from trailer trash, has actually tried to disrespect the queen,” Mather.

So uh, do we need to start a has Victoria Mather's plane landed yet hashtag? Because somebody is going to get fired today, right? @VanityFair

Mather also claimed Markle is an attention seeker who didn’t want to “be second best” to Duchess of Cambridge, Kate Middleton. After the comments were made, show anchor Lindsey Reiser quickly ended the segment.

Now, it’s Mather who is receiving heat online. Twitter quickly posted video of the disgusting notions and had the smoke for Mather. See what some are saying below.