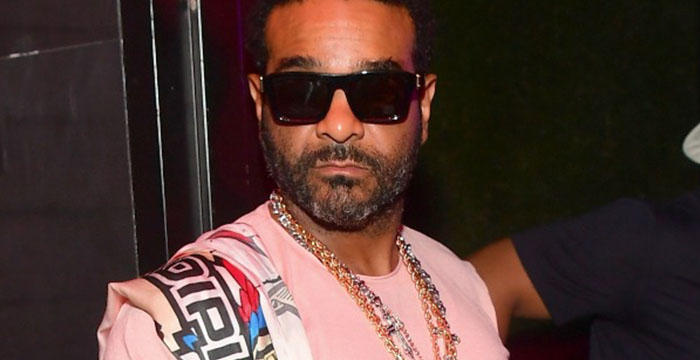 Jim Jones got into a back-and-forth with an Iraq veteran after he recently said “being a rapper was more dangerous than being a soldier.” In a Jones’ IG comments section, Instagram user mramcore, known as Mez, told the rapper how much he disagreed with those comments, sparking a heated debate between the two. “Heard the comments you made about ‘being a rapper is harder than fighting Iraq.’

You allowed to have your opinion without any facts nor truth to it, but as a Vet and a hiphop fan, I against it extremely disrespectful and ignorant,” he wrote. “Here’s some facts, my unit which against in Iraq 2004 lost more Marines in two months than ‘rappers’ in the past 3 years. Keep talking but there is zero comparison!” Highlighting the comments on his Instagram, Jones gave a lengthy response, in which he explained himself further.

“Here are facts every na I grew up with is either lost or in custody so u wanna compare end tolls it won’t add up,” he wrote. “U went to army n met nas u never knew or grew up wit. I grew up wit all these n as all my life so it hit different.” Jones added, “Yal was shootin at kids n innocent bystanders in the midst of shootin at the enemy… We was their when we was born.”

He said that he decided to fight in Iraq as a result of Sept. 11, 2001.”You want to compare a lifestyle choice in comparison to somebody that not only subjects themselves to danger protecting their loved ones, but people they don’t even know,” he wrote. “When you get into the rap game you’re doing it for what? Money.

Not every single rapper, but you know who those rappers are—those are the ones who don’t get caught in the mainstream rap.” Following his assertion that most rappers get into the music industry to make money, he added he didn’t want to make a “blanket statement” even if it is in his opinion a motivator for many.

“When they make money they start feeding the people underneath them and putting it out there,” he added. “Trying to make some change, I completely support that and understand that… [But] don’t blame me or the military for that. If you’re trying to make a difference in that lifestyle go ahead and do so, but you don’t have to insult a whole group of people in doing so.”

This Article Was First Published On complex.com