‘Jane Doe 5’ Claims R. Kelly Punished Her With A ‘Fe-ces Facial’ During Day 4 Of Tri-al – Video 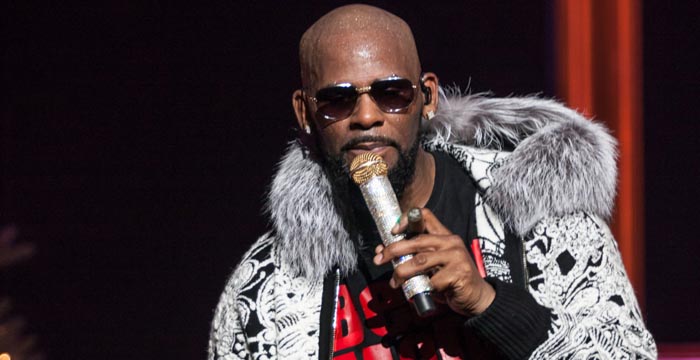 A woman, choosing to identify herself as “Jane Doe ” took the stand and gave a shocking evidence in front of the judge and jury. The evidence, according to The Daily Beast, detailed a horrendous five-year relationship between R. Kelly and the now 23-year-old woman. “Jane” testified of the abject singer’s controlling ways but first gave an explanation as she met R. Kelly. The two met at the Orlando, Florida stop of his “Bla-ck ” tour. Claiming that she was 17-years-old at the time, “Jane” admits that she was not truthful about her age initially, and wanted only to audition forh Kelly.

However, “Jane” said that she her intentions were thwarted when R. Kelly switched gears. She says the singer “peer-pressured” her into having him a s-x act on her. Soon, their relationship would continue and would turn into a controlling ride. Much like previous evidences, “Jane Doe ” also testified of contracting herpes from the R. Kelly. She described after a few months she began to experience “discomfort in my lower abdomen.”

“It got to the point where I couldn’t even walk,” the woman said. After finally visiting a doctor, “Jane” discovered that she contracted her-pes. She testified that R. Kelly became upset when she alerted him of the news. More evidence from Jane included details of the heart-rending misuse she received at his hand, including an miscarriage in 2017 because he didnt want children with her. Jane also states that during one experience, R. Kelly “punished” her by making her rub fe-ces on her face, and also forced her to eat it. It’s to be noted that Jane Doe evidence is similar to the previous account of R. Kelly’s ex-girlfriend, Azriel Cleary. R. Kelly’s New York tr-ial is ongoing, and is slated to last for a month.

Sherrie Smith Greene – R. Kelly is getting rail roaded bcuz all these storys should have came out when it 1st happen not years later it’s really sad money hungry people and if Kelly did it then that’s between him and God bcuz he is the ONLY judge in my book.

Raelanda Robinson – The sad part abt it these women had low self esteem and would do anything to be in R Kelly’s circle. R Kelly is sick mentally and need to be held accountable for his actions and get help. He have ruined so many lives that they too need help.

Bernard Manier – She’s not the only one that he made eat the ish. The man is sick, and anyone in the know knows this ish has been going on for years.