Is He A Good Guy? Here Are 3 Ways To Tell If He’s Genuine Or Faking It 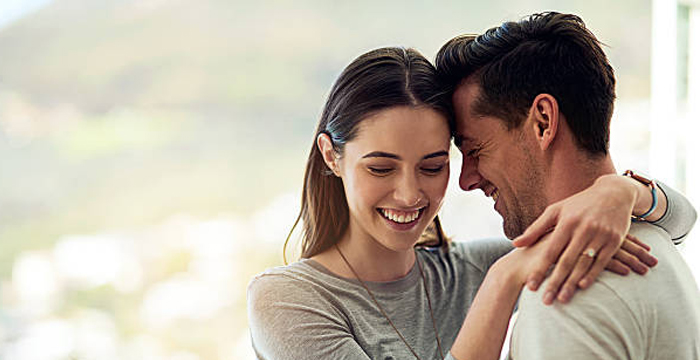 The way things are right now in the dating world, it can be quite scary to think that your BF might be one of those fake nice guys. And yet it is a possibility, on that has happened to a lot of girls over the years heck you might be here because you’ve had this happened to you before. Good news for you is that no matter how slick these guys might be faking it can only go so far. There are numerous ways to tell how a man is pretending to be genuine towards your relationship. So ladies here are a few red flags that if your boy-toy shares, sorry to say to you, but he has to go.

Here are 3 clear cut ways to tell if you are dealing with a playboy or a true gentleman.

This one might be hard to catch at first, but it usually doesn’t take that long. If someone is a certain way, they won’t have to tell you that they are. It will be their actions that will show you. However, if a person needs you to believe that they are something, then they will need the help of their dialect.

There is a lot that our body language, tone, and habits reveal about what kind of people we are. Take note of the “good” your man does on a daily basis, apparently, and compare it to his actions. Let’s talk examples; they say they are a one-woman guy but openly flirts when they can with whom they can and blaming it on their social or somewhat playful persona. Or, telling tales of their love and compaction but you see their rudeness to people that can’t back like maids, waiters or baristas, which leads us to our second point.

2. How Does He Treat Others?

You may have heard this one time and time again, but it’s not broken. A lot of the times such individuals will keep all of their focus on you and how they should act around you. However, in doing so, they tend to slip up every now and then. With you, there is a potential profit ahead so you and anyone one of the sort will see their compassion only.

If you doubt that you are dealing with a faker than you will have to take a look at how they treat the people around them. Generally how they interact with others. You can tell a lot if you just observe. And don’t try to justify their behavior with, “He loves me, so I’m special; That’s why!” argument because it will come back to bite you later down the line. Just look for unnecessary rudeness, smirk, and any general douchey behavior towards people that are in no position to push back.

Everyone is different and has an individuality to their preferences. Nothing new there, we learn that in grade school. However, there are a few general rules to being romantic that nice guys usually don’t get. On the other hand, a playboy will efficiently fulfill all of those public expectations that you might have from your partner as he’s been there quite a lot. So the occasional surprise rose, or B-day gift will be there from them however you won’t receive something too individual to you.

It is getting a bit confusing so let s try to explain. Chocolates, flowers, and hugs are basics that everyone follows, and of course, these gestures are adored universally for the most part. All girls love compliments and most love getting flowers and present. However, how meaningful is that preset? Is it just a watch that he thought would be a suitable present? Or was there a reason he chose to give that particular watch to you that means something to the both of you?

In essence, if you don’t have such meaningful moments in your relationships that cater to your distinct character that just means they don’t know you that well. And if you two have been together long, that is a very problematic conclusion to come to. If you partner is sincere, they should be aware of what matters to you more than a cute dress or a grand gesture out in public. And if they can’t think of something like that…well you know what we are going to say already.

With the way, most people view morals and relationships today it is very easy to get sad. Folks see being a playboy as cool and something to strive to be like. Quite odd that some man would choose to be in such a predicament. Nonetheless, some such individuals would gladly have empty affairs. Now, just because they want to doesn’t mean that you should be stuck in one too. Be observant and know what you are getting yourself into.