If Your Boyfriend Says These 9 Things, Then You’re Not Going To Last 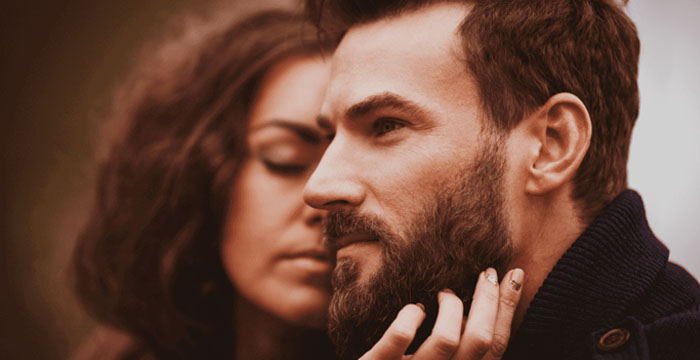 If you are in a relationship and if your boyfriend says these things, then it’s not very difficult to say about your relationship that if it’s going to last or not. It’s no secret that even though men and women might be cut from the same evolutionary cloth, there are still so many differences that divide these two genders. As human beings, we are all unique in our ways. We all have our distinct personalities that define who we are and what we do in this life. And sometimes, the distinctions can get even more pronounced whenever you throw gender groupings into the mix.

Yes, you want to find love in this life. However, if you are a hetero s-xual woman, then that means that you would have to navigate your way through the world of men. And that isn’t going to be the easiest thing to do in this life. You don’t necessarily know how a man’s mind works because of his different approach to various aspects of life. And that’s okay. No one expects you to have everything figured out. However, you should still be doing your part in making sure that you aren’t being played by any guy out there (there are so many out there).

1) “I don’t believe in the whole marriage thing.”

If your boyfriend says that he doesn’t really believe in getting married and if he’s a guy who doesn’t get into the whole idea of marriage, then that wouldn’t be a problem if you happen to share the same sentiment. However, if you’re genuinely interested in marrying the person you’re in a long-term relationship with, then this can prove to your romance.

Okay, the rule is that he should never have the gall to compare you to any other girl on the face of this earth. But it’s especially true when he’s comparing you to your ex. That’s when you know he’s a man you can’t take seriously.

If your boyfriend says why are you wearing that, it means he likes to control what you wear or doing other necessary things which controlling and bad for your freedom and space. Instead of being with someone who is going to judge you for how you look or force you into certain types of clothing, you should be single. You shouldn’t be with someone who is going to make you feel bad about how you look. You want a man who takes you seriously for who you are.

4) “I think you should just focus on doing the household chores.”

If your boyfriend says you should only be focusing or doing the household chores, then you shouldn’t say yes to him. You shouldn’t have a man deny you of your goals and dreams. If you want to become more than just someone who stays home all day, then that should be your prerogative. He shouldn’t be telling you what to make of your life.

If you happen to be with a guy who trivializes your female cycles, then he’s not a guy who is mature enough to be taken seriously. He would never be able to make your relationship work, and you should probably dump him.

Your relationship is NEVER going to work if you’re with a man who doesn’t listen to you and pay attention to you. If your man is telling you that you are crazy just because you want to talk about your thoughts and feelings, then that’s a bad sign for your romance.

7) “Can we have an open relationship?”

If your boyfriend says, “Can we have an open relationship? Run. Runaway. This is essentially him telling you that he can’t take you seriously enough to commit to you. He’s just trying to keep his options open because he can’t bring himself to be with you forever.

And you know that your relationship is just never going to work when you’re with someone who can’t handle judge well. He has to be the kind of guy who feels your opposition maturely and respectfully.