If You Want To Know If Your Partner Is Loyal To You, Ask Him These 9 Things 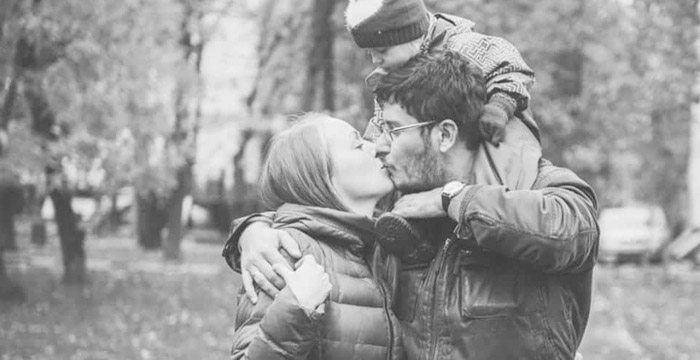 It’s always scary whenever you find yourself being a part of a relationship. You become so invested in someone but you aren’t really assured if your emotional investment is going to pay off. You don’t know whether you’re going to end up getting hurt or not. This is especially true the deeper you get into the relationship. You become more invested in your partner and you become more afraid of the idea of losing them. You might be worried that you’re already really invested in the relationship for the long run and your significant other might not be on the same level as you.

There are some people in relationships who would be just too insecure about it that they would put their partners through devious tests and manipulative tactics so as to figure out where their loyalty really lies. However, it’s always da-ngerous whenever you would put your partner through such a test because it’s counterproductive to what loyalty really is in a relationship. It’s just downright distasteful and to-xic. And if you don’t know how you would go about initiating or navigating that discussion, then this article is going to help you out with that. One of the most effective ways to get an intensive discussion going is to ask a few questions that can have facilitate, guide, and drive the conversation towards the topic at hand. Here are a few questions that you can ask your partner to see where their loyalty is at.

1. How would you define loyalty?

First things first: you should be able to define what loyalty means to both of you. You have to both be on the same page with regards to how you would define loyalty.

2. What priorities do you have in life?

Ask him about what priorities he has in his life. See if your relationship is going to rank high in that list of priorities. And if it doesn’t, then that’s going to be a definite red flag for the two of you.

3. What do you think the future has in store for this relationship?

Ask him whether he sees this relationship going anywhere. If he’s forward thinking, then that means he isn’t in this for just the short-term.

4. How do we approach dealing with future challenges?

Preparation is key when it comes to facing any challenges that will be thrown at you. That is why both of you have to be open to the idea of having a game plan for specific challenges that your relationship might face in the future.

5. What do you think is key in sustaining a long-term relationship?

Both of you need to talk about how you should be going about sustaining your long-term relationship. If you don’t see each other eye to eye on this, it can be very problematic for the relationship moving forward.

6. Do you think we have a healthy balance in our relationship?

Balance in a relationship is always important. The both of you must always be willing to give just as much as you’re taking out of the relationship. And it should be an equal exchange of giving and take as possible. Any imbalance could potentially be toxic for a relationship.

7. What do you think about meeting my family and friends?

If he’s open to the idea of meeting your family and friends, then that means that he’s definitely going to want to be immersed in your life in a very deep and profound level. It shows that this is more than just a casual thing for him.

8. Where do you see yourself in five years?

Pay close attention to whatever he’s going to say in his answer. If he says that he envisions himself being in a relationship with you in five years, then that’s a really good sign. But if he leaves you out of his vision, then that might be a red flag for you.

9. Do we share reconcilable goals and visions of the future?

And lastly, you’re both going to have to be able to reconcile whatever goals and dreams you have for the future. Both of you need to be able to make sure that the paths that you are on aren’t going to clash. If you have roads that mesh seamlessly with one another, then it’s very easy to commit and stay loyal to each other.

Sabrina John – So whenever me and my bf will text we’ll be having a nice conversation and then he will respond with okay. It drives me crazy because i cant figure out how to proceed the conversation. And the way he responds its like im giving him an order when im really just talking to him. Any tips for keeping the convo going?

Alina Shaikh – my boyfriend iz really clever he will be like who asked uh all this question that u are repeating to me because he knows I’m really bad at asking questions lol!

Leitty 254 – Thanks, you have really helped me,I didn’t have anything to ask on a date