If She Does These 12 Things Without Being Asked, She’s Definitely Worth The Chase 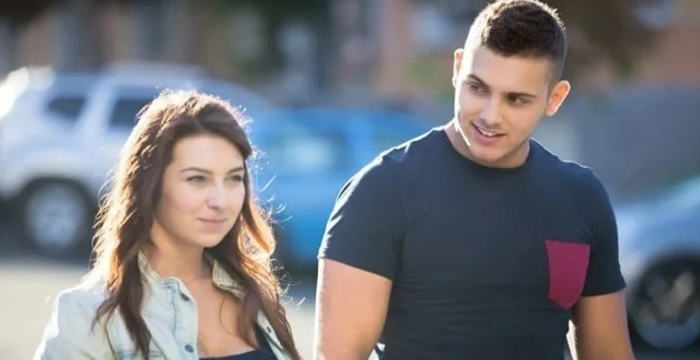 We all know what real love looks like. Well, at least most of us have an idea of what it really looks like. Some of us have even been privileged enough to actually experience the joys of being in love with someone who loves us in return. Many will attest that there is really no feeling in the world that compares to being in love with someone. That’s why a lot of us spend lots of our time searching for true love. However, our search for love can also result in opening ourselves up to hurt, pain, and disappointment. That’s why a lot men will try to assess their chances before diving into any commitment to a relationship.

(1) She has no problem admitting that she likes you.

She’s not playing games and she’s not fooling around. She doesn’t want to keep you on a leash and she’s very honest about her intentions. She doesn’t feel the need to make you work too hard for her because she’s interested in you as well.

(2) She has no problem taking the steering wheel every once in a while.

She’s not exactly a submissive kind of girl. She has no problems making the decisions in the relationship every so often. She isn’t afraid to let you know what movie she wants to see, or where you should be having dinner next. She’s expressive and honest about her opinions. She also has no problem making plans for the both of you even when you don’t ask.

(3) She has a life outside of the relationship.

She has a life outside of your relationship and that’s a good thing. It means that she isn’t solely dependent on you and that she won’t let herself be defined by merely being your girlfriend. She’s ambitious and also wants to make a name for herself.

She treats you with utmost respect. She never calls you name or insults your dreams and ambitions. She is always constructive because she only wants to build you up to be a better person. She is never looking to belittle you or bring you down.

She has a stable job and income flow. She doesn’t rely on you for gifts and lavish toys. If she wants something, she just goes out and gets it because she is able to. You know the relationship is real because she doesn’t treat you like her own personal ATM machine. She’s not in it for the money.

(6) She is independent and strong.

She has goals and dreams of her own and she’s not afraid to go after them. She can defend herself during compromising situations and she doesn’t turn to you every single time she’s faced with a problem. She’s a big girl who can take care of herself.

(7) She is supportive of your dreams and ambitions.

She knows that you have goals in life, and she never wants to serve as a barrier to your dreams. She is your number one supporter and she would never discourage you from pursuing the things that you’re passionate about.

She doesn’t just lay there and wait for you to finish. She always tries to make an effort to make each se-xual experience a memorable one by keeping things fun, lively, and interesting.

Whenever you have problems, you always feel like you can turn to her to help you solve them. She’s more than just a girl you want to date. She is your best friend too.

(10) She has no problem introducing you to her friends and family.

She likes you so much that she’s willing to include you in her own social circles. Know that her friends and family are very important to her, and the fact that she’s looking to integrate you within those social groups is always a sign of comfort.

(11) She never speaks ill of you whenever you’re not around.

She respects you enough to tell you about your faults and shortcomings to your face and in private. She never does it in the company of other people just to humi-liate you. She always wants to be constructive because she believes in your potential.

(12) She doesn’t have any emotional baggage.

She doesn’t carry any crosses from previous relationships, and so you don’t have to worry about her not being over an ex. She has had closure with all her past flames and that’s a good sign for the future.

Dinol – Never take advise on how to attract women from a women. Women don’t know what the hell they want till they hit the wall.

Tom – “Girls chase guys who don’t play games.””Create conversational tension where she gets to release the tension…it’ll be like a little game “Weird flex, but okay.

Kevin – Always get a woman to talk about her fav. thing ,herself ,then you will know how fast you need to run, away.

Olivia Tully – we actually want u to be honest and care about us , if you friend zone us , we will friend zone you