“He Asked Me To Call Him Daddy”: First Male Tes-tifies Against R. Kelly, Claims He Was Singer’s ‘Little Brother’ An 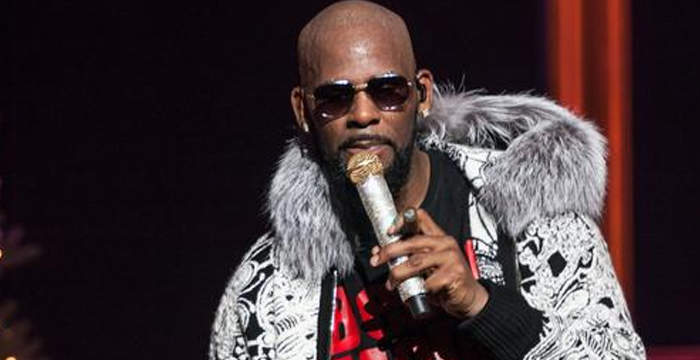 R. Kelly was rumored for years to be courting underage women for his own s-xual sat-isf-action. As more and more proof began to come out over the years, it became easier to create a case against him. R. Kelly is now standing trial for racketeering and s-x traf-fi-ck-ing. Most surprising of his charges have been the men who came forward claiming they too were taken advantage of by the R&B superstar in their teens. One took the stand today and told details about their interaction and how R. Kelly treated him like a “little brother” before taking advantage of him.

The now 28 year old named Louis, remembered meeting R. Kelly when he was only 17. Kelly approached him at a Chicago McDonald’s where he “took interest” in the young man. Louis was an employee at McDonald’s at the time. The singer began to groom him, prepping him for a career in R&B. “what was I willing to do for music”, the witness recalls Kelly asking him, to which he responded, “I’ll carry your bags. Anything you need, I’ll be willing to do.”

Louis said he went to the singer’s home a few times, first with his parents. R. Kelly requested that he return alone. It was during this time he began to make passes at Louis. R. Kelly went on to ask the boy about his s-xua-lity and if he ever had any fantasies. “I said, I got fantasies,” Louis told the court. “I told him I had fantasies of two or three girls at one time. He said, ‘You ever had a fantasy about a man?’ I said no. He crawled down on his knees and proceeded to give me s-x.” He continued to see R. Kelly and says the singer often recorded them.

He recalls the R&B singer telling him to keep their enc-ounters to himself. He also told the story of when R. Kelly had a woman crawl out from under the boxing ring in his Chicago estate and perform s-x on both of them then crawling back under when she was done. “As our relationship got stronger, he said I was like a brother. I was his little brother,” Louis stated, adding that Kelly asked him to call him “Daddy. ” The boy said he kept seeing the singer until 2018 because he was hoping for success in the music industry. Louis was later federally charged for attempting to br-ibe a witness to not cooperate. He later took a plea deal which caused him to te-stify in court today.

Lilly Melanin – Where’s his ex wife at?? Iont think I heard her speak on none of this.. I’m sure she was privy to something

Antonio Tiofil – Ok as a full-time father of 5 with 3 daughters. Where was the parents at? Just asking?

Danny Stith – This dude said r kelly gave him head and he didn’t like it but he kept coming around for a few more years and now you want to tes-tify against him?? This boy ain’t right in the head

Gina Pagan – When my kids were 17 they thought they knew everything and they didn’t what to hear nothing I said. I drove myself crazy trying to control them. No matter how much I screamed, cussed fussed, cried, and prayed, they just did what they wanted to anyway. I hate when parents get blamed for teenagers actions. I believe the majority of parents do the best they can. Stop blaming the parents without knowing the details.