Has Beyoncé Overtaken Michael Jackson As The Most Important Black Artist Of Our Time? – Video 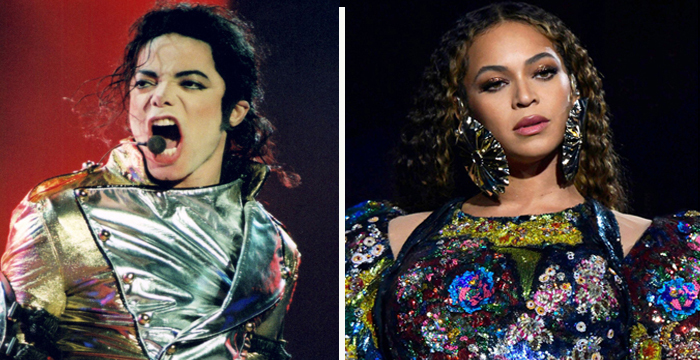 If it takes a living legend to know one, then Dionne Warwick must be one of our greatest experts on what makes an icon. And as the 78-year-old singer sees it, none of today’s biggest superstars – not Adele, not Taylor Swift, not even Beyoncé – would yet qualify for the I-word. “I love her to depart and can appreciate her talent,” she says of Bey the new issue of Essence magazine. “But that iconic status? It’s a long road.”

Warwick’s words offer a clue as to where she might stand on a debate recently waged on the Joe Budden Podcast: Has Beyoncé surpassed Michael Jackson to become the most important black artist of our time? Queen Bey certainly would qualify as a legitimate successor to the King of Pop. Like Jackson, she’s sold millions of records, racked up an impressive string of hits, and amassed a sizable fan base and fortune. Jackson’s 2009 loss left a hole in the hall of hallowed black music stars that Beyoncé was primed to fill.

Is that Mission: Impossible, or Mission: Accomplished … and then some? Has the next Michael Jackson now surpassed him in standing in the black community? “Leaving Neverland” and the stain its s-xual charges tattooed on Jackson’s reputation have left his legacy vulnerable. The scene would seem to be set for a new supreme musical hero – or heroine – to take over. In some ways, Jackson’s and Beyoncé’s origin stories are eerily similar. Both were raised in red states (Beyoncé in Texas, Jackson in Indiana) by fathers who played a heavy hand in their early careers. Both broke out from successful groups to become even bigger sensations on their own. Both boosted their reps with groundbreaking music videos. Both assumed the title of music royalty.

But where one is celebrating and making black history, the other is black history – five decades of it. Beyoncé has driven some of the pivotal pop culture moments of this millennium – from “Independent Women” to “Single Ladies” to “Lemonade” to her Coachella “Homecoming” performance – but nothing in black entertainment in the last half century can match the impact of Jackson and “Thriller,” the all-time best-selling album by a black musician. That both have been so difficult to mute post-“Leaving Neverland” is a testament to their artistry and enduring importance. Beyoncé is an undeniable creative force, but she’s first and foremost an entertainer. Her talent as a singer and performer is often jaw-dropping, but it takes a village to make a Beyoncé hit. Jackson was more of a self-contained, independent artist. He worked with accomplished producers but composed many of his greatest hits solo. As he proved with his career-making moonwalk on “Motown 25” in 1984, he didn’t need a battalion to leave a impression.

His perennial success has been against substantial odds. In future centuries, he will serve as an example of how to remain a beloved star despite ever-mounting negative press. “Leaving Neverland” may have damaged his legacy irreversibly, but it’s impossible to erase him from black history. Perhaps he has the edge over Beyoncé because he came to prominence during a different era, before fragmentation and declining sales compromised artists’ ability to transcend demographics and before social media inflated our perception of popularity. Jackson had broader mass appeal that spanned all races, ages, continents, and languages.

Jackson was a black revolution, and that was its opening heard around the world. It still reverberates today, louder than any musical salvo Bey has yet removed. This isn’t to understate Beyoncé’s musical and cultural significance. In paying homage to black womanhood, she’s brought it into white living rooms in a way no other performer before her has. Though her black consciousness can seem choreographed and calculated at times, especially when compared to earthier forerunners like Nina Simone, Aretha Franklin, and Mary J. Blige, Bey dares to go there in a way Jackson — who became figuratively and literally more colorless as time went by — never did.

At just 37, and 22 years into her career, she’s opening more doors and breaking down more barriers than any living black music star. She can headline Coachella in California and Glastonbury in England (the first black woman to do either) and still bring down the house at the Apollo in Harlem. judge and fellow artists are as enamored of her as fans, and although her personal life makes headlines, unlike Jackson, her legacy is untarnished.

Jackson, for all his legendary-ness, was simultaneously a joke. The tabloid media dubbed him “Wacko Jacko,” and he was regarded as something of a mad genius, the wizard of weird. An eternal outsider, he was like the man-child who fell to earth. His oddness perhaps made him more vulnerable to the charges that have so damaged his legacy. Whether we believe them or not, most of us will never again be able to listen to Jackson’s music in the same way.

But here’s the catch: The music still holds up. It made him the biggest superstar in the world and catapulted him to near-mythic status. While Beyoncé’s Beyhive has taken unconditional fandom to extremes, the cult of Bey revolves more around her starpower than unprecedented creative brilliance. She rides musical trends with deft awareness, but she doesn’t invent them the way Jackson did. Jackson is a 50-year-old cultural movement that remains perpetually in motion. He created the soundtrack to our lives, and even if it’s no longer blaring from every speaker, it left a mark on the black community, on the world, that’s more indelible than that of any music legend, with the exception of Elvis Presley and The Beatles.

Jackson has been gone for nearly a decade, and in some ways, his impact remains undimmed. With “Thriller,” he paved a way for black artists into the white mainstream and set an example for child stars hoping to successfully transition into icons. Without him, there might have been no Whitney Houston, no Janet Jackson, no Beyoncé. No black musician, living or depart, has impacted black and white culture more than Michael Jackson. If he had never entered our lives, black music – black history – would not be the same. No matter what becomes of his reputation, his artistic contributions are untouchable. Neither nor time can diminish them.

ebunny5 – I believe that Michael Jackson was not just the greatest entertainer, but was probably the most popular human on the planet during his tenure as an artist.

CHARLZZIEE – How is this even a topic for debate? Of course she’s not on his level! Nobody is on his level and nobody ever will be! Beyonce is fantastic don’t get me wrong, but c’mon, nobody has influenced the world of music and entertainment in general more than him. He didn’t have any of the technology some artists have nowadays to promote his albums, and yet he still k-il-led it! There is nobody like him and there never will be. In addition to this, I really don’t think Beyonce is legendary.

This Article Was First Published on variety.com